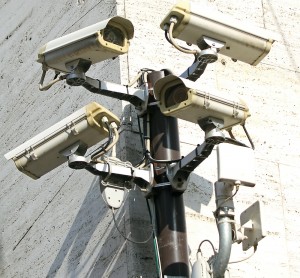 In August 2016 FINRA sanctioned Egan alleging that he consented to the entry of findings that Egan maintained and/or held trading authority in a total of 87 brokerage accounts for himself and over 60 customers at another brokerage firm. The customer accounts over which he held trading authority included both Egan’s family members and customers of his CPA business.  FINRA found that Egan did not notify Independent Financial of his involvement in these accounts when he became associated with the firm, or at any other time.  FINRA found that Egan exercised his trading authority in the accounts at the other firm to execute trades and to transfer funds and securities from certain of the customer accounts to his own accounts.

END_OF_DOCUMENT_TOKEN_TO_BE_REPLACED

The Financial Industry Regulatory Authority (FINRA) brought and enforcement action against broker Jonathan Williams (Williams) (FINRA No. 20150452689) resulting in a bar from the securities industry alleging that Williams failed to provide FINRA staff with information and documents requested. The failure to provide those documents and information to FINRA resulted in an automatic bar from the industry. FINRA’s document requests related to the regulators investigation into claims the Williams falsified certain bank records and potentially commingled client funds in a bank account under his control.

FINRA’s investigation appears to stem from Williams’ termination from NYLife Securities LLC (NYLife) in March 2015. At that time NYLife filed a Form U5 termination notice with FINRA stating in part that the firm discharged Williams under circumstances where there was allegations that Williams commingled client funds. It is unclear the nature of the outside business activities from publicly available information at this time. However, from the three customer complaints filed against Williams potentially relating to these activities, the clients allege that Williams sold those customers CDs that were issued by Mid-Atlantic Financial and that the funds used to purchase these CDs were withdrawn from accounts with NYLife.

Williams entered the securities industry in 2000. From February 2006, until April 2015, Williams was associated with NYLife out of the firm’s Timonium, Maryland office.

END_OF_DOCUMENT_TOKEN_TO_BE_REPLACED

The Financial Industry Regulatory Authority (FINRA) brought and enforcement action against broker  Michael Highfill (Highfill) (FINRA No. 2015045652501) resulting in a bar from the securities industry alleging that Highfill failed to provide FINRA staff with information and documents requested. The failure to provide those documents and information to FINRA resulted in an automatic bar from the industry. FINRA’s document requests related to the regulators investigation into claims the Highfill solicited and accepted a loan from an elderly customer and that he also failed to disclose an outside business activity to his member firm.

FINRA’s investigation appears to stem from Highfill’s termination from Merrill Lynch, Pierce, Fenner & Smith Incorporated (Merrill Lynch) in May 2015. At that time Merrill Lynch filed a Form U5 termination notice with FINRA stating in part that the firm discharged Highfill under circumstances where there was allegations that Highfill solicited a loan from a client and failed to disclose outside business activities. It is unclear the nature of the outside business activities from publicly available information at this time.

END_OF_DOCUMENT_TOKEN_TO_BE_REPLACED

According to the BrokerCheck records kept by Financial Industry Regulatory Authority (FINRA) broker Dennis Lee (Lee) has been the subject of one customer complaint, four financial disclosures, and one employment separation. The customer complaint against Lee alleges that the broker made unsuitable investments, transferred funds to a new account without the client’s knowledge or consent, engaged in unauthorized trading, and submitted forged documents. The client alleges over $1,000,000 in damages due to the misconduct. Approximately two months after disclosing the customer complaint AXA Advisors, LLC (AXA) terminated Lee. The termination was for cause and stated that Lee was discharged for failing to disclose financial issues that required the broker to file a U4 amendment, mismarking trade tickets, and placing securities trades away from the firm, otherwise referred to as “selling away.”

Lee entered the securities industry in 1993 and since that time Lee has been associated with AXA until his termination in April 2015.

Advisers have an obligation to deal fairly with investors and that obligation includes making suitable investment recommendations. In order to make suitable recommendations the broker must have a reasonable basis for recommending the product or security based upon the broker’s investigation of the investments properties including its costs, benefits, risks, tax consequences, and other relevant factors. In addition, the broker must also understand the customer’s specific investment objectives to determine whether or not the specific product or security being recommended is appropriate for the customer based upon their needs.

END_OF_DOCUMENT_TOKEN_TO_BE_REPLACED

The Financial Industry Regulatory Authority (FINRA) barred former LPL Financial LLC (LPL) broker Thomas Caniford (Caniford) after the broker failed to respond to a letter from the regulator requesting information. While BrokerCheck records kept by FINRA do not disclose the nature of the regulatory inquiry, in February 2015, Caniford was terminated by LPL for cause stating that the broker was terminated for 1) having custody and control of client funds in a bank account in violation of firm policy; and 2) failure to provide bank records requested by the firm.

In addition, Caniford has been the subject of at least two customer complaints and four financial liens all tax related. The customer complaints against Caniford allege a number of securities law violations including that the broker made investments in products not approved by LPL, also referred to as “selling away”, and direct theft and misappropriation of funds.

END_OF_DOCUMENT_TOKEN_TO_BE_REPLACED

According to the BrokerCheck records kept by Financial Industry Regulatory Authority (FINRA) broker Frederick Monroe (Monroe) has been the subject of at least three customer complaints alleging that the broker misappropriated funds. In total the customers complaint that over $2 million has been taken by the broker. Subsequently, Monroe’s brokerage firm, Voya Financial Advisors (Voya Financial), terminated Monroe due to the allegations. Monroe had been associated with Voya Financial since 2006.

On June 10, 2015, Attorney General Eric T. Schneiderman announced the arrest of Monroe and charging him with stealing over $1 million from investors by fraudulently soliciting them to reinvest their retirement monies in what essentially was a Ponzi scheme. Monroe was accused of luring clients that he provided services to as a financial planner by diverting their monies for his own personal use and paying back earlier investors he had defrauded. Monroe faces up to 25 years in prison.

The New York Attorney General also stated that while the current charges pertain to three victims the investigation has identified at least a dozen individuals who Monroe allegedly defrauded. According to the Attorney General’s felony complaint, Monroe’s fraud was carried by instructing investors to write checks to him personally and then deposited them into his personal operating account. Monroe is alleged to have advertised his services on the Capital Financial Planning, LLC website to “clients who have amassed a significant level of assets and seek to take advantage of advance advisory programs.”

END_OF_DOCUMENT_TOKEN_TO_BE_REPLACED 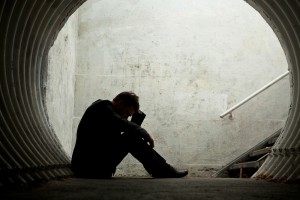 According to news reports, broker George Montgomery (Montgomery) committed suicide but questions surrounding the death left many believing that foul play was involved. Montgomery, a former ASU running back, before injuries took him off the field.

Montgomery was found July 31, 2014, submerged in Wet Beaver Creek by two hikers with a handgun next to the dead man. When police inspected the scene, investigators found that there were four gunshot wounds and two had penetrated the Montgomery’s chest while there were also a hand wound and one leg also wound.

END_OF_DOCUMENT_TOKEN_TO_BE_REPLACED

According to the BrokerCheck records kept by Financial Industry Regulatory Authority (FINRA) broker Christopher Veale (Veale) has been the subject of at least 12 customer complaints, six judgment and lien of over $1,000,000 and five separate regulatory actions, two investigations by state regulators and one criminal matter involving a felony over the course of his career. Customers have filed complaints against Veale alleging a litany of securities law violations including that the broker made unsuitable investments, unauthorized trades, breach of fiduciary duty, misrepresentations and false statements, churning, and fraud, among other claims. Many of the claims involve recommendations in penny stocks and other speculative securities.

An examination of Veale’s employment history reveals that Veale moves from troubled firm to troubled firm. The pattern of brokers moving in this way is sometimes called “cockroaching” within the industry. See More Than 5,000 Stockbrokers From Expelled Firms Still Selling Securities, The Wall Street Journal, (Oct. 4, 2013). In Veale’s 18 year career he has worked at 18 different firms.

END_OF_DOCUMENT_TOKEN_TO_BE_REPLACED

The attorneys of Gana Weinstein LLP are investigating a series of actions by the Connecticut Department of Banking (the Commissioner) involving James Neilsen (Neilsen), Neilsen Financial Services (NFS), Ulysses Partners, LLC (Ulysses), and Catherine Sheridan (Sheridan) and allegations that Neilsen sold over $10,000,000 in unregistered securities offerings to customers. The actions are Docket No. CRF-13-8014-S and CRF-15-8175-S. The Commissioner alleged that from approximately November 2005 through approximately December 2010, Neilsen offered and sold approximately $10 million of securities to at least ten Connecticut investors who were mostly his CPA clients. These funds were allegedly used primarily to finance Ulysses’ business expenses.

Neilsen was previously registered as a broker-dealer agent of Tradition Asiel Securities Inc. (Tradition Asiel) from December 17, 2004 to July 2, 2007, and with Sound Securities, LLC (Sound Securities) from August 7, 2008 to December 9, 2009. Neilsen was also registered with the National Futures Association (NFA) as an associated person of Longship Alternative Asset Management (Longship) from April 5, 2010 to December 29, 2010. In addition, Neilsen has been a Certified Public Accountant (CPA) with the Connecticut State Board of Accountancy since October 9, 1986. Neilsen was a founding member, chief financial officer, and treasurer of Ulysses and handled all of Ulysses’ day-to day financial decisions. Ulysses is now a defunct Illinois limited liability company but was a third-party marketer of hedge funds whose main function was to introduce and market hedge funds to financial institutions in exchange for the hedge funds paying Ulysses a fee.

According to the Commissioner Neilsen along with three other parties formed Ulysses as a self-described “third-party marketer” to solicit and refer prospective institutional investors to hedge funds. Two of those parties resigned from Ulysses within several months of Ulysses’ inception and were never actively involved in Ulysses’ activities. The third party, Sheridan was alleged to be a founding member, chief executive officer, and control person of Ulysses until she resigned from Ulysses in 2010. The Commissioner claimed that Sheridan handled all of the marketing and networking functions at Ulysses. The Commissioner found that Sheridan and Neilsen split revenues generated by Ulysses equally. In addition, Sheridan was previously registered as a broker-dealer with Tradition Asiel from August 10, 2004 to July 2, 2007, and with Sound Securities from July 25, 2007, to October 7, 2010. Sheridan is currently registered with FINRA as a general securities representative, general securities principal, options principal and equity trader with the brokerage firm North South Capital, LLC (North South). Sheridan is also currently registered with PE Investments LLC, a commodity pool operator associated with the NFA.