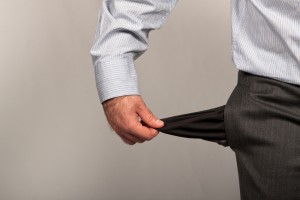 FINRA found that from approximately July 2009, through February 2012, Parthemer participated in a private securities transaction regarding a company referred to by the initials “GVC”, a startup internet branding company managed by a friend of Parthemers referred to by the initials “GH”. FINRA alleged that Parthemer referred several of his NFL and NBA clients to his friend for the purpose of investing in GVC. Subsequently, approximately eight of Parthemer’s clients purchased approximately $3.08 million of preferred GVC stock. FINRA found that Parthemer facilitated the transactions by hosting a presentation for investors conducted by GH at Parthemer’s home, sending PowerPoint presentations and other information concerning GVC to potential investors, and forwarding and retrieving required documentation to and from investors.

FINRA also alleged that in 2009, Parthemer and his partner, referred to by the initials “SK”, formed PKG which purported to provide financial concierge services to professional athletes who played in the NFL and the NBA. However, FINRA found that from June 2009, through March 2013, while registered with Morgan Stanley and then Wells Fargo, Parthemer participated in at least three separate outside business activities without providing prior notice to or receiving approval from his firms.

FINRA alleged that from June 2009, through January 2012, Parthemer participated in an outside business activity involving an entity referred to by the initials of “CP”, a nightclub in Miami Beach, Florida, which was owned by several professional athletes in the NFL and NBA who also were customers of Parthemer at Morgan Stanley and Wells Fargo. Parthemer allegedly served as CP’s President and Chief Executive Officer and managed the day-to-day operations of CP, including payroll, staffing, entertainment, supplies, and advertising.

In another business activity, FINRA alleged that on or about June 7, 2011, Parthemer incorporated an entity referred to by the initials “AMI” in the State of Florida. Parthemer told FINRA that he initially incorporated AMI in order to pay expenses associated with operating his branch office. However, FINRA found that Parthemer used AMI to engage in additional business activities unrelated to his branch office. Specifically, on November 21, 2011, FINRA found that Parthemer used AMI to make a $50,000 capital contribution to AH, LLC, a promotional company that, among other things, operated a website that promoted various nightclubs. In addition, from September 2011, to in or about March 2013, FINRA found that AMI marketed the Tequila at nightclub CP, including delivering complimentary gift baskets of the Tequila to several NFL and NBA teams.

In addition, FINRA found that from November 2011 through January 2012, Parthemer loaned approximately $399,500 to three professional athletes who were owners of nightclub CP as well as customers of Parthemer at Wells Fargo. FINRA found that the purpose of the loan was to cover expenses related to the operation of CP. However, Wells Fargo’s procedures prohibited loans to a firm customer unless the customer was an immediate family member of the broker and the loan was not securities related.

Investors who have suffered losses through Parthemer’s outside business activities may be able recover their losses through arbitration. The attorneys at Gana Weinstein LLP are experienced in representing investors in cases of selling away, Ponzi schemes, and brokerage firms failure to supervise their representatives. Our consultations are free of charge and the firm is only compensated if you recover.