The law offices of Gana Weinstein LLP are currently investigating claims that advisor Nicholas Palumbo (Palumbo) has been accused by his former employer, Park Avenue Securities LLC (Park Avenue), of engaging in undisclosed outside business activities (OBAs) and private securities transactions.  According to records kept by The Financial Industry Regulatory Authority (FINRA) Palumbo was employed by Park Avenue through April 2020 when the firm permitted him to resign over these allegations.  If you have been a victim of Palumbo’s alleged misconduct our firm may be able to assist you in recovering funds.

Park Avenue’s disclose states that Palumbo was “permitted to resign while under investigation for failure to disclose an unapproved private securities transaction and soliciting clients to invest in same.”

According to Palumbo’s BrokerCheck he has several disclosed OBAs.  It is currently unknown if any of these OBAs had any involvement with Park Avenue’s allegations.  The disclosed OBAs include Empowered Mastery Consultants, Children’s Health & Research Foundation, You Have Infinite Power – a book Palumbo co-authored –, and his securities d/b/a Truvium Financial Group.

END_OF_DOCUMENT_TOKEN_TO_BE_REPLACED 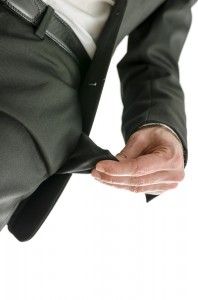 The investment fraud lawyers of Gana Weinstein LLP are investigating customer complaints filed with The Financial Industry Regulatory Authority (FINRA) against broker Lizabeth Ty (Ty). According to BrokerCheck records Ty is subject to three pending customer complaints, while registered with Park Avenue Securities LLC (Park Avenue) in Houston, Texas.  The regulatory also filed a complaint against Ty attempting to investigate the circumstances of the sale of claimed unregistered securities. (FINRA No. 20160493150-01).  When Ty refused to cooperate with the investigation, FINRA automatically barred Ty from the industry.

According to BrokerCheck records Ty has three customer complaints pending concerning the sales of promissory notes.  The providing of loans or selling of notes and other investments outside of a brokerage firm constitutes impermissible private securities transactions – a practice known in the industry as “selling away”.  At this time it unclear the nature and scope of Ty’s outside business activities and private securities transactions.  However, according to Ty’s public records her outside business activities include a real estate license in Texas.  Often times, brokers sell promissory notes and other investments through side businesses as accountants, lawyers, or insurance to clients of those side practices.

Ty was associated with brokerage firm Park Avenue from January 2006 until July 2015.

END_OF_DOCUMENT_TOKEN_TO_BE_REPLACED 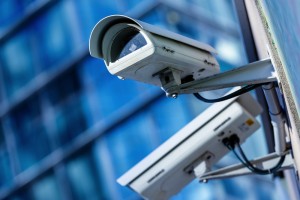 The Financial Industry Regulatory Authority (FINRA) recently sanctioned and barred broker Douglas Melzer (Melzer) concerning allegations that between November 2011, and May 2012, while registered with Wells Fargo Advisors, LLC (Wells Fargo), Melzer solicited four customers to invest $2,000,000 in an outside investment without providing his firm notice. According to FINRA Melzer was compensated at least $26,500. Unapproved sales activities and transactions are referred to as “selling away” in the industry.

The conduct alleged against Melzer is a “selling away” securities violations. In the industry the term selling away refers to when a financial advisor solicits investments in companies, promissory notes, or other securities that are not pre-approved by the broker’s affiliated firm. However, even though the brokerage firm claim ignorance of their advisor’s activities, under the FINRA rules, a brokerage firm owes a duty to properly monitor and supervise its employees in order to detect and prevent brokers from offering investments in this fashion. In order to properly supervise their brokers each firm is required to have procedures in order to monitor the activities of each advisor’s activities and interaction with the public. Selling away misconduct often occurs where brokerage firms either fail to put in place a reasonable supervisory system or fail to actually implement that system. Supervisory failures allow brokers to engage in unsupervised misconduct that can include all manner improper conduct including selling away.

END_OF_DOCUMENT_TOKEN_TO_BE_REPLACED 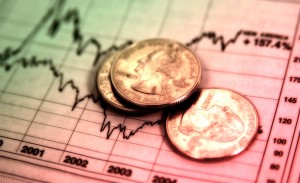 The Financial Industry Regulatory Authority (FINRA) sanctioned and barred broker Douglas Melzer (Melzer) concerning allegations that Melzer participated in four private securities transactions when four of his Wells Fargo Advisors, LLC (Wells Fargo) customers invested $2,000,000 in a company called Aquatic Synthesis Unlimited (Aquatic Synthesis) through investment contracts that were not approved by Wells Fargo. According to FINRA, Melzer received at least $27,000 plus a 2.5% member interest in the investment as compensation for the recommendations.  FINRA found that Melzer failed to provide written notice to the firm or receive approval prior to participating in the private securities transactions also known as “selling away” in the industry.

Aquatic Synthesis is a gas drilling waste water treatment facility located in Indiana County.  According to news sources , in or about August 2013, after several spills and at least four violation orders, state environmental regulators have shut down the company’s operations.  The state Department of Environmental Protection revoked Aquatic Synthesis’ permit and started to use the company’s $1 million bond to begin cleaning up the site.

In addition, FINRA found that in May 2011, the firm became aware that Melzer had requested that the broker codes on certain accounts be altered. These codes are used by Wells Fargo to determine the appropriate split of commissions between Melzer and his partners. By changing the code, Melzer caused commissions that should have been paid to one of Melzer’s partners to be attributed to Melzer without the partner’s knowledge.

END_OF_DOCUMENT_TOKEN_TO_BE_REPLACED

Darrell G. Frazier (Frazier) was recently barred from the securities industry by the Financial Industry Regulatory Authority (FINRA) over allegations that Frazier made fraudulent statements in the sales of variable annuities.  Frazier is also alleged to have made unsuitable variable annuity sale recommendations to customers.

Frazier first became registered with a FINRA member firm in March 1988.  Frazier was registered with Park Avenue Securities LLC from July 2002 through June 2010.  From August 2010 through May 2011, Frazier was associated with MML Investors Services, LLC.

FINRA alleged that from 2004 to at least 2009, Frazier made materially false and misleading statements in connection with recommending customers purchase variable annuity products issued by Guardian Insurance & Annuity Company, Inc.  A variable annuity is a contract where an insurance company agrees to make periodic payments to an investor either immediately or at some future date.  The purchase of a variable annuity contract either involves a single purchase payment or a series of purchase payments.