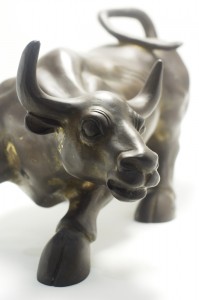 As one of the largest non-traded real estate investment trust (Non-Traded REIT) company, AR Capital, closes shop on new offerings, a growing non-traded product lines up to take retail investor’s money. Enter the non-traded business development company (BDCs). BDCs have been a growing asset class that markets itself to investors as a non-stock market, non-real estate, high yield alternative investment. However, BDCs appear to be just as speculative, suffer from high commissions and fees, and are inappropriate for most investors just like Non-Traded REITs. Indeed, according to a Wealth Management Article front-end load fees on Non-Traded BDCs are typically around 11.5 to 12 percent. In addition, BDCs also usually have an incentive compensation following the “two and twenty” rule where the fund charges two percent of assets in management fees and 20% of capital gains based upon performance.

As we have reported in the past, BDCs make loans to and invest in small to mid-size, developing, or financially troubled companies either broadly or in a particular sector, such as oil and gas. BDCs have stepped into a role that many commercial banks left during the financial crisis due to capital raising requirements. In sum, BDCs lend to companies that may not otherwise get financing from traditional sources. Non-Traded BDCs offer investors similar risks as Non-Traded REITs including higher fees, less liquidity, and less corporate transparency. The major difference is that Non-Traded BDCs are regulated under the 1940 Act that governs mutual funds and that a BDC is valued quarterly.

END_OF_DOCUMENT_TOKEN_TO_BE_REPLACED

According to InvestmentNews, recently several brokerage firms including Securities America Inc., with 1,772 registered reps and advisers, and the four National Planning Holdings Inc. firms with 3,954 registered reps and advisers including INVEST Financial Corp., Investment Centers of America Inc., National Planning Corp., and SII Investments Inc., announced that they are temporarily suspending some or all of the non-traded real estate investment trust (Non-Traded REITs) sales sponsored or distributed by American Realty Capital and its affiliated companies.

These Non-Traded REITs include investments such as the Phillips Edison-ARC Grocery Center REIT II and Cole Capital Properties V. The decision to halt sales come as Nicholas Schorsch, ARC’s chairman, faces further investigation after it had been revealed that the traded REIT he controls, American Realty Capital Properties Inc., made a $23 million accounting error that resulted in the firing of its chief financial officer.

The firms halted the sales in order to conduct further due diligence on the Non-Traded REIT products. Suspending sales of these products will likely help protect the firms if it is later revealed that the irregularities are more widespread. Brokers have a duty to have a reasonable basis for recommending that Non-Traded REITs are suitable for investors. This means that the firm has investigated the product and believes that the information disclosed to investors has a factual basis. If a Non-Traded REIT, its parent company, or principals are under investigation for making material misstatements it would be difficult for the firm to later argue that it had a basis for believing that the information it provided to investors was accurate.