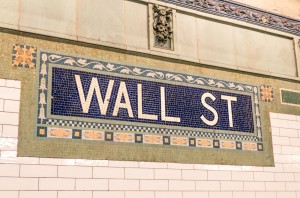 Advisor Craig Sherrer (Sherrer), currently employed by Janney Montgomery Scott LLC (Janney Montgomery) and formerly with Newbridge Securities Corporation (Newbridge Securities) has been subject to at least one customer complaint during the course of his career.  According to a BrokerCheck report the customer complaint concerns alternative investments such as direct participation products (DPPs) like non-traded real estate investment trusts (REITs), oil & gas programs, annuities, and equipment leasing programs.  The attorneys at Gana Weinstein LLP have extensive experience handling investor losses caused by these types of products.

In April 2019 a customer complained that Sherrer violated the securities laws by alleging that the financial advisor breached their fiduciary duty, negligence, and breach of contract among other allegations associated non-traded REITs causing $1,500,000 in damages. The claim is currently pending.

Our firm often handles cases involving annuities and direct participation products, Non-Traded REITs, oil and gas offerings, equipement leasing products, and other alternative investments.  These products are almost always unsuitable for investors.  In addition, the brokers who sell them are paid additional commission in order to hype inferior quality investments which provides a perverse incentives by brokers to create an artificial market for products that no honest advisor would sell.

END_OF_DOCUMENT_TOKEN_TO_BE_REPLACED

According to BrokerCheck records financial advisor Jack Griffith (Griffith), currently employed by Janney Montgomery Scott LLC (Janney Scott) has been subject to five customer complaints and one lien.  According to records kept by The Financial Industry Regulatory Authority (FINRA), most of a Griffith’s customer complaints allege that Griffith made unsuitable recommendations in equity securities.

In January 2018 a customer made allegations unsuitable recommendations for the client’s account, overconcentration, and breached his fiduciary duty. The claim alleged $200,000 in damages and is currently pending.

Also in January 2018 another customer made allegations of unsuitable recommendations for the client’s account.  The claim alleged $150,000 in damages and is currently pending.

END_OF_DOCUMENT_TOKEN_TO_BE_REPLACED 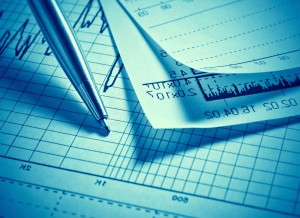 According to BrokerCheck records financial advisor Christopher Sinkula (Sinkula), currently associated with Janney Montgomery Scott LLC (JMS), has been subject to seven customer complaints.  According to records kept by The Financial Industry Regulatory Authority (FINRA) Sinkula has been accused by a customers of unsuitable investment advice concerning various investment products including energy stocks and variable annuities among other claims.  The law offices of Gana Weinstein LLP continue to report on investor related losses and potential legal remedies due to recommendations to investor in oil and gas and commodities related investments.

The most recent claim was filed in July 2017 and alleges that Sinkula made unsuitable investments by concentrating in energy stocks.  The customer claimed $100,000 in damages and the claim is currently pending.  In 2015 a customer claimed that Sinkula recommended the purchase of annuities and charged excessive fees that were not suitable causing $39,644 in damages.  The claim was denied.

END_OF_DOCUMENT_TOKEN_TO_BE_REPLACED

The most recent complaint was filed in July 2016, and alleged $125,000 in damages due to claims that the broker made unsuitable investments in clients account while employed at Janney Montgomery Scott LLC. The complaint was settled for $75,000.

In January 2015, another customer brought a complaint against Palmer alleging that investments in the customer’s account were unsuitable based on clients’ investment objectives causing alleged damages of $226,877. The complaint was settled for $70,000.

END_OF_DOCUMENT_TOKEN_TO_BE_REPLACED

Our investment attorneys are investigating customer complaints filed with The Financial Industry Regulatory Authority (FINRA) against financial advisor Victor Lambert (Lambert) currently not registered with any firm, alleging unsuitable investments among other claims.  According to brokercheck records Lambert has been subject to seven customer complaints and two judgement/liens.

In January 2016 Lambert disclosed a tax lien of $46,706.  A broker’s inability to handle their personal finances has also been found to be relevant in helping investors determine if they should allow the broker to handle their finances.

In October 2015 a customer filed a complaint alleging that Lambert purchased two equities that were inappropriate for the client causing damages.  The claim was resolved for $85,000.

END_OF_DOCUMENT_TOKEN_TO_BE_REPLACED

The law offices of Gana Weinstein LLP are currently investigating an alleged Ponzi scheme run by financial advisor Patricia S. Miller (Miller) of McMurray, Pennsylvania. According to allegations made against Miller by investors, she convinced customers to invest in purportedly safe mix of securities including corporate and municipal bonds. However, it is becoming increasingly clear that these investments may not exist at all.