As discussed in Part I, the primary defense to preventing securities fraud is has been to “bar” the person from the industry and to instruct the criminal to stop committing fraud. Despite the evidence that the slap on wrist approach has been ineffective, some lawmakers continue to think barring individuals and educating the public is the best way to stop securities fraud.

Yet, according to Futures Magazine, during the hearing Sens. Susan Collins (R-ME) and Bill Nelson (D-FL) stressed the importance of “consumer education” to prevent future scams. If only we could convince senior citizens to spend their golden years reading CFTC and SEC news releases and memorize the names of hundreds of barred fraudsters each year maybe we can turn the tide in this fight – right. Great game plan. At least Sen. Claire McCaskill (D-MO) understood the disservice the education alone approach would provide the investing public by stating that “The first line of defense is not consumer education,” but rather “putting the crooks in prison.”

The hearing also featured testimony of a former fraudster, Karl Spicer. Spicer was convicted for ripping off investors in a metals scam. Spicer’s testimony also clearly stated that it is government agencies failure to instill fear into fraudsters that has resulted in no progress in investor protection. Without real world consequences, criminals merely go from scam to scam and will unapologetically continue to swindle. Spicer stated that “With all due respect to the civil authorities, the people that I have encountered…don’t really respect the civil authority bans.” In fact, “The gentleman I was with had a CFTC ban, he cooperated; he had a ban and he still went about doing business the very next day.”

END_OF_DOCUMENT_TOKEN_TO_BE_REPLACED 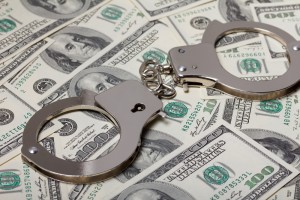 If someone broke into your home and stole hundreds of thousands of dollars of your possessions you expect that person to go to jail. But what if the consequence was merely to pay a fine and a court ordered bar from breaking into homes. Would you be alright with that outcome? Could such an approach really stop or even deter criminals? Could you imagine lawmakers arguing with you that the key to preventing more burglaries is to inform homeowners about locking their doors and windows and installing alarms – but not jail. If such an approach sounds silly then why have we accepted this approach to securities fraud.

The primary defense to preventing securities fraud is simply to “bar” the person from the securities industry and to instruct him or her to stop committing fraud. For many recidivist fraudsters, being barred from the industry is merely part of the career plan. Often times being barred from the industry merely frees the fraudster from the shackles of having to conceal their fraud within the confines of industry supervision. After being barred fraudsters are often in a perfect position to continue stealing from investors. Think about it – they have been industry trained, have spent years learning their craft, and have established many contacts and industry connections that they can now utilize for their post-industry frauds.

Yet regulators and lawmakers seemingly fail to grasp the very simple principal that those who commit securities fraud need to go to jail – period. Recently, the Senate presented findings of the Senate Special Committee on Aging concerning investigations gold investment scams targeting Florida seniors. The hearing clearly exposed how securities regulators, in this case the Commodity Futures Trading Commission (CFTC), has no ability to prevent securities fraud and protect the investing public.

END_OF_DOCUMENT_TOKEN_TO_BE_REPLACED

The Financial Industry Regulatory Authority (FINRA) announced approval of amendments to FINRA’s supervision rule that would expand the obligations of brokerage firms to check the background of applicant brokers upon registration.  The rule would encompass first-time applications as well as transfers between firms and require the brokerage firm to verify the accuracy and completeness of the information contained in an applicant’s Form U4.  Under the new rule brokerage firms must adopt written procedures in their supervisory manuals that include searching public records in order to check the accuracy of the information.  The amendments to the supervision rule will be submitted to the Securities and Exchange Commission for review and approval. 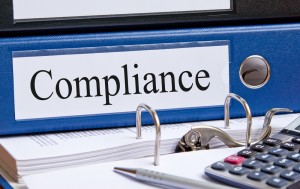 The U4 Form is the foundation of FINRA’s BrokerCheck system that helps investors find red flags that would indicate potential problems and signs of misconduct by their brokers.  FINRA’s BrokerCheck come under fire recently by investor advocacy groups and federal lawmakers for its inaccuracies and lack of complete information.

In addition, FINRA will also search public financial records for all registered representatives and also search other publicly available information including criminal records of brokers.  FINRA intends to conduct periodic reviews of public records to ensure that the organizations BrokerCheck database and information is accurate.  Also under consideration is whether to add additional information to a broker’s publically available Central Registration Depository such as broker scores on securities exams.

END_OF_DOCUMENT_TOKEN_TO_BE_REPLACED

One of the most common questions I receive as a FINRA securities attorney is whether or not a client is likely to prevail at a FINRA arbitration hearing.  My first gut reaction, and the one I tell clients, is honestly I just don’t know.  Most clients are puzzled by this answer because after handling hundreds of arbitration claims one would think I would have a better sense and certainty as to the strength of the case.  However, the answer to whether the client would win at arbitration is not just a function of the strength of the case.

The better way to phrase the question is: What is the likely outcome of my securities case?  That question is more readily answerable.  I tell clients that it has been our experience that approximately 80% of all cases filed will be resolved through settlement or other means sometime prior to hearing.  Recent data released by FINRA supports that approximately 80% of cases never make it to hearing.  According to FINRA, of all arbitrations decided between 2009 and 2013 between 75% and 79% of those claims are resolved either through settlement, withdrawn, or means other than a hearing.

But what of the 20% of cases that do go to hearing?  What are the chances of success at the FINRA arbitration hearing?  The answer to that question is again usually unknowable at the time it’s first asked.  There are so many considerations that go into determining the likelihood of success, many of which are unknown at the outset.  Once of the biggest unknowns at the outset is who the arbitrators will be.

END_OF_DOCUMENT_TOKEN_TO_BE_REPLACED

Gana Weinstein LLP’s Adam Gana was quoted today in a Reuters article exploring the investing habits of several attorneys who prosecute securities fraud cases against brokerage firms and individuals.  Having seen many investments go sour through unforeseen risks and failure to disclose, the attorneys featured stated that they tended to invest in more traditional investments such as stocks and bonds rather than complex and novel products.  In addition, the attorneys gravitated toward lower costing investments such as individual stocks, bonds, municipal bonds, rather than mutual funds or bond funds that charged high fees.

September 26, 2013 (New York) – Adam Gana is quoted by Suzanne Barlyn of Reuters in her article entitled “How Lawyers Who Chase Brokers Invest Their Own Money.”