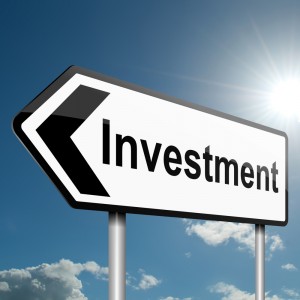 According to the BrokerCheck records kept by Financial Industry Regulatory Authority (FINRA) broker James Connors (Connors) has been the subject of at least two customer complaints. The customer complaints against Connors allege a number of securities law violations including that the broker made unsuitable investments and engaged in churning (excessive trading) among other claims.

Some of these firms Connors has been associated with have been known to house troublesome brokers. For instance, Meyers Associates has an unusually high number of brokers with complaints on their records. According to FINRA, approximately twelve percent of registered representatives have some form of disclosure on their record. However, as we have previously reported, forty seven out of seventy five, or nearly sixty-three percent of the brokers employed by Meyers Associates, have a marked-up history as revealed by BrokerCheck. Even more disturbing is the fact that of those forty seven brokers have on average of 4.5 disclosure events per broker.

Indeed, Meyers Associates’ founder and CEO, Bruce Meyers, is one of many at the firm who have a record peppered with disclosure events. Mr. Meyers has ten on his record, of which six are regulatory and four are from customer complaints.

All advisers have a fundamental responsibility to deal fairly with investors including making suitable investment recommendations. When brokers engage in churning the investment trading activity in the client’s account serves no reasonable purpose for the investor and is transacted to profit the broker through the generation of commission payments. The elements to establish a churning claim, which is considered a species of securities fraud, are excessive transactions of securities, broker control over the account, and intent to defraud the investor by obtaining unlawful commissions. A similar claim, excessive trading, under FINRA’s suitability rule involves just the first two elements. Certain commonly used measures and ratios used to determine churning help evaluate a churning claim. These ratios look at how frequently the account is turned over plus whether or not the expenses incurred in the account made it unreasonable that the investor could reasonably profit from the activity.

The number of complaints and regulatory actions against Connors is relatively large by industry standards. According to InvestmentNews, only about 12% of financial advisors have any type of disclosure event on their records. Brokers must disclose different types of events, not necessarily all of which are customer complaints. These disclosures can include IRS tax liens, judgments, and even criminal matters.