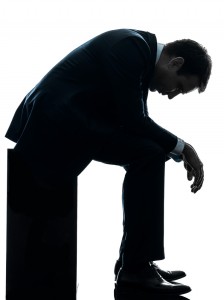 Buck’s downfall played out quickly.  Buck was terminated from Merrill Lynch on March 6, 2015, shocking colleagues.  At the time of his termination there was only one customer complaint against Buck steaming from a dispute in 2006.  Now, over the past four months customers have filed 11 additional complaints against him.  All of the complaints have similar allegations against Buck in that the customers allege that during a time period Buck engage in unauthorized trades in corporate debt and equities. Several of the complaints allege excessive trading and misrepresentations.

Buck’s team managed nearly $1.5 billion in investor assets and was one of the Merrill Lynch’s largest producers.  According to FINRA, Buck engaged in misrepresentations and other misconduct in the handling of customer accounts.  FINRA alleged that beginning by at least 2009, Buck used unethical and improper business practices to generate increased commissions and enhance his status as a top-producing broker.  According to FINRA, Buck held customer assets in commission-based accounts instead of fee-based accounts for the sole purpose of generating higher revenues even though he knew that some customers would have paid substantially lower fees by using fee-based accounts.  In fact, FINRA goes on to allege that Buck misled customers about the relative costs of fee-based or commission-based trading for their accounts.  In addition to these claims FINRA alleged that Buck exercised discretion in customer accounts without written or oral authorization, and made unauthorized trades in certain accounts.

Under the FINRA rules brokers are required to assess the comparative costs to customer of fee-based or commission-based accounts and discuss those alternatives with their customers.  In 2003 the agency noted that it is generally inconsistent with just and equitable principles of trade and a violation of Rule 2110 to place a customer in an account with a fee structure that reasonably can be expected to result in a greater cost than an alternative account offered by the member that provides the same services and benefit.

Investors who have suffered losses may be able recover their losses through securities arbitration. The attorneys at Gana Weinstein LLP are experienced in representing investors to recover losses due to the failure of brokerage firm to supervise their representatives. Our consultations are free of charge and the firm is only compensated if you recover.