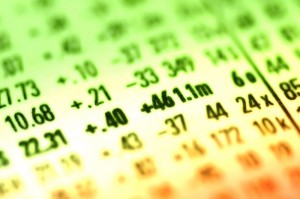 On August 25, 2014, FINRA suspended Travis S. Shannon, of Santa Barbara, California, formerly of Morgan Stanley Smith Barney. According to FINRA, from July 2010 through June 2013, Mr. Shannon engaged in two outside business activities without first providing written notice to Morgan Stanley, in violation of FINRA Rule 2010, 3030, and 3270. FINRA Rule 2010 states that “A member, in the conduct of its business, shall observe high standards of commercial honor and just and equitable principles of trade.” All members are bound to maintain high standards and according to FINRA Mr. Shannon fell short of that standard.

FINRA Rule 3030 states that “No person associated…shall be employed by, or accept compensation from, any other person as a result of any business activity…outside the scope of his relationship with his employer firm, unless he has provided prompt written notice to the member.” This activity is known as selling away.  Mr. Shannon was employed as a financial advisor with Morgan Stanley from September 2008 through July 2013 when he was allowed to voluntarily resign from the firm due to FINRA’s regulatory action.  According to FINRA, Mr. Shannon participated in private sales of $1,885,000 worth of securities, including securities issued by his outside business activities. Mr. Shannon also failed to timely update his U4 registration form to timely report two bankruptcy filings.

In June 2010, Mr. Shannon first began to participate in the private sales of securities issued by TC, a company that bought and sold used computer network equipment. Mr. Shannon referred eight customers to this company including four Morgan Stanley customers. Those eight purchases totaled $775,000 in investments with commissions of $77,500 to Mr. Shannon.  In July 2010, Mr. Shannon co-founded AAI or Aerobat Aviation, Inc., a start-up company that was to design and produce unmanned aerial vehicles. In 2012 and 2013 Mr. Shannon participated in the private sale of $500,000 worth of Aerobat Aviation Inc. stock.

From August 2011 through June 2013, Mr. Shannon provided consulting services to Z, a start-up company that operated a social commerce platform for the fashion industry. Shannon received around $84,400 for his consulting services. Additionally, from April through December 2012, Shannon participated in private sales ofZ stock by referring to Z potential investors, some of whom were Morgan Stanley customers. Z sold $610,000 worth of its stock to those investors and paid Shannon commissions of $61,000 in connection the transactions.

The securities attorneys at Gana Weinstein LLP represent investors who lose money as a result of investment fraud, selling away, and stockbroker misconduct. Gana Weinstein LLP is currently investigating Mr. Shannon and Morgan Stanley for the conduct described here.They take most cases of this type on a contingency fee basis and advance the case costs, and only get paid for their fees and costs out of money they recover for their clients.  Investors who believe they lost money as a result of investment fraud or misconduct should contact the securities lawyers at Gana Weinstein LLP for a free forensic evaluation of their recovery options at 800-810-4262.