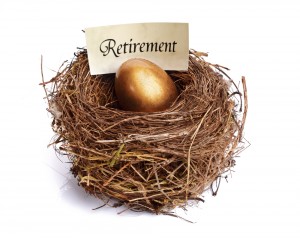 The investment attorneys of Gana Weinstein LLP are investigating investor claims of unsuitable investments in oil and gas related products.  Our firm is currently representing a number of investors who lost substantial savings due to poor advice to concentrate holdings in speculative commodities investments like master limited partnerships (MLPs).  According to Brokercheck records, Andrew Yocum (Yocum) formerly with Morgan Stanley operating from their offices in The Villages, Florida has recently received at least 12 customer complaints with similar allegations that the broker overconcentrated them in oil and gas equities.  Eight complaints have been filed against Yocum in 2016 alone.

One of the most popular energy related investments that have become increasingly popular in the brokerage industry in recent years are MLPs.  MLPs are publicly traded partnerships. About 86% of the total MLP securities market, a $490 billion sector, can be attributed to energy and natural resource companies. There are about 130 MLPs trading on major exchanges that focus on energy related industries and natural resources.

Wall Street loves MLPs because they provide high yields to investors and require companies to pay Wall Street in order to continue to grow.  In 2013 banks earned fees of $890.3 million from MLP issuance.   Bloomberg quoted an analyst stating that “MLPs are Wall Street’s dream,” because “[t]hey’re fee machines.”  Naturally, in order to entice investors to continue to invest in MLPs Wall Street pumps up MLPs every chance they get.  According to Bloomberg, in May 2014 “[a]nalysts predict that 93 of the 114 MLPs in existence will rise in value in the next year…”  Astonishingly, “all but five MLPs are recommended by the majority of the analysts who cover them.”  At that time professionals without conflicts called MLPs “the next great investment debacle” and warned that “many MLP shareholders…may not understand what they’ve gotten into.”

Our firm represents securities investors in claims against brokerage firms over sales practices related to the recommendations of oil & gas and commodities products such as exchange traded notes (ETNs), structured notes, private placements, MLPs, leveraged ETFs, mutual funds, and individual stocks.   Investors who have suffered losses may be able recover their losses through securities arbitration.  Our consultations are free of charge and the firm is only compensated if you recover.