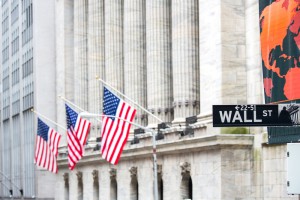 The securities lawyers of Gana Weinstein LLP are investigating a complaint filed by The Financial Industry Regulatory Authority (FINRA) against brokerage firm VFG Securities, Inc. (VFG) and its CEO Jason Vanclef (Vanclef) (FINRA No. 2013038283001).  The complaint alleges that approximately 95 percent of VFG’s revenue was obtained from the sale of non-traded direct participation products (DPPs) and non-traded REITs and other alternative investments such as equipment leasing programs and oil & gas private placements between approximately November 2010 and June 2012.  Even though alternative investments are highly speculative and illiquid investments that have little to no place in the average investor’s portfolio, FINRA alleged that VFG failed to reasonably supervise the sale of illiquid alternative investments, including non-traded DPPs and non-traded REITs, to ensure that customers did not become overly concentrated in these products.

According to FINRA, VFG’s alternative investment strategy comes from a book distributed by the firm to customers and authored by Vanclef entitled Wealth Code: How the Rich Stay Rich in Good Times and Bad (The Wealth Code).  FINRA found that Vanclef used The Wealth Code as sales literature to promote investments in non-traded DPPs and non-traded REITs, and to lure potential investors to VFG.  FINRA claims that Vanclef repeatedly claimed in The Wealth Code that non-traded DPPs and non-traded REITs offer both high return and capital preservation among other claims.  However, FINRA has found that the these claims are false, inaccurate, misleading, and contradicted information provided in the prospectuses of the products that Vanclef and VFG sold.

FINRA stated that non-traded DPPs and non-traded REITs are speculative investments that contain a high degree of risk, including the risk that an investor may lose a substantial portion or all of his or her initial investment.  Yet, Vanclef claimed in The Wealth Code that by investing in “real” or “tangible” assets and other instruments that he recommended, investors could “reasonably achieve 8-12% results,” on their investments and “get consistent returns” that provided “piece [sic] of mind.”

Our firm has represented many clients in these types of products.  All of these investments come with high costs and historically have underperformed even safe benchmarks, like U.S. treasury bonds.  For example, products like Non-Traded REITs, equipment leasing, variable annuities, and oil & gas private placements are only appropriate for a narrow band of investors under certain conditions due to the high costs, illiquidity, and huge redemption charges of the products.  However, due to the high commissions brokers earn on these products they sell them to investors who cannot profit from them.  Further, investor often fail to understand that they have lost money until many years after agreeing to the investment.  In sum, for all of their costs and risks, investors in these programs are in no way additionally compensated for the loss of liquidity, risks, or cost.