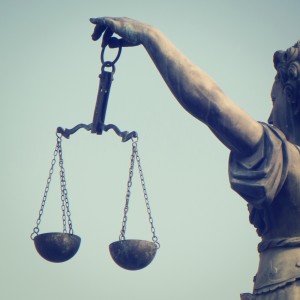 The investor advocacy bar association PIABA (the Public Investors Arbitration Bar Association) has recently issued a report called “Major Investor Losses Due to Conflicted Advice: Brokerage Industry Advertising Creates the Illusion of Fiduciary Duty.” The PIABA report argues that the brokerage industry uses false advertising to convey to investors that the firms have a fiduciary duty to their clients only then to do a 180 turn when sued to claim that no such duty exists.

According to the report, some of the largest firms in the United States are falsely advertise in this fashion including Merrill Lynch, Wells Fargo, Morgan Stanley, UBS, Fidelity, Ameriprise, Allstate Financial, Berthel Fisher, and Charles Schwab. The report claimed that all of these firms “advertise in a fashion that is designed to lull investors into the belief that they are being offered the services of a fiduciary.”

In the wake of the financial crisis of 2008, the Dodd-Frank legislation authorized the Securities Exchange Commission (SEC) to pass a fiduciary duty rule that would apply to brokers, as opposed to only financial advisors. Most investors do not realize and are usually shocked to learn that there broker only has an obligation to recommend “suitable” investments, and not to work in their client’s best interests. Currently, the fiduciary duty rule only applies to financial advisors (and brokers under certain circumstances).

The fact that the investing public has absolutely no clue how crucial the fiduciary duty is to protecting their retirement futures and holding Wall Street accountable for mishaps has prevented any serious public debate to combat the millions of dollars the industry has and will spend to kill this part of the law. However, recently President Obama has brought this issue to the public’s attention through his support of the Department of Labor to move ahead with a proposal to impose a fiduciary standard on retirement accounts.

Last year we highlighted how the lack of a fiduciary duty harms investors. At that time we examined a Bloomberg and InvestmentNews article concerning an undercover U.S. Labor Department economist who exposed how brokerage firms sought out federal workers to roll over their 401(k)’s with the government to IRAs with the brokerage firm even though the result could increase the client’s annual costs by as much as 50 times. The undercover economist called companies included in PIABA’s report such Charles Schwab and Wells Fargo. These firms told the agent to roll over all his money into individual retirement accounts with their firm which on average would have charged almost 50 times more than the government plan the agent currently had. InvestmentNews found that a federal employee with $500,000 rolled over to a brokerage firm would end up paying $7,000 more a year in fees than if they stayed with their original plan. Wall Street fights the fiduciary duty rule because it wants to be entitled to a greater portion of your retirement savings, plain and simple.

Yet, even though Wells Fargo recommended that the agent roll over his government retirement plan and incur huge additional fees and expenses the PIABA report shows that Wells Fargo tells investors that they should “feel that your best interests are the top priority.” The firm also tells regulators that it supports a uniform fiduciary duty. But in arbitration filings Wells Fargo maintains that it is not required to consider the investors’ best interests first.

The reason for investor ignorance in this area is because the brokerage industry refuses to tell its clients what the firm’s true duties are prior to litigation. In fact, the industry tells its customers they act in the client’s best interest in order to entice their business and then disclaim these obligations when no longer convenient.  A fiduciary duty is necessary in order to bring the industry’s standard of conduct up to the level that the industry alleges exists through its advertising.

The attorneys at Gana Weinstein LLP are experienced in representing investors in disputes with their brokerage firms. Our consultations are free of charge and the firm is only compensated if you recover.