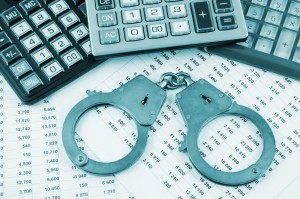 The attorneys at Gana Weinstein LLP are investigating claims that broker Michael Frew (Frew). Frew allegedly solicited millions of dollars from investors including his friends and family on claims that he said would use the money to invest in real estate to rehabilitate properties in areas hit by natural disasters. Frew has now accused been accused of orchestrating a Ponzi scheme and converting these funds. Recently, the Financial Industry Regulatory Authority (FINRA) has sanctioned and barred Frew concerning these allegations and for Frew’s failure to properly respond to the agencies investigation requests.

Frew entered the securities industry in 1975. From 1988 to 2003, Frew was associated with Prudential Securities Inc. In 2003, Frew became registered with Wells Fargo Advisors, LLC (Wells Fargo). According to FINRA, Wells Fargo permitted Frew to resign in January 2014 when Frew refused to provide the firm bank records the firm requested in their investigation into whether Frew had received funds from customers. In February 2014, FINRA began investigating whether Frew accepted loans from customers and potentially converted those funds. Thereafter, FINRA stated that between March and May 2014, Frew failed to fully respond to FINRA’s requests for documents and information and refused to appear for testimony. For failing to respond to FINRA’s requests, the agency imposed a permanent bar from the securities industry.

Investors have alleged that Frew solicited millions of dollars in a real estate development scheme to rehabilitate properties. Investors say he promised them interest payments ranging from 10 to 14 percent per year. Recently, investors stopped receiving payments and became concerned when Frew did not return their attempts to contact him.

The allegations against Frew are referred to in the industry as a “selling away.”  Selling away is when a securities broker sells securities that were not approved by the broker’s affiliated firm. Under industry rules brokerage firms owe a duty to properly supervise its employees. Selling away often occurs when brokerage firms either fail to put in place a reasonable supervisory system or fail to implement their supervisory requirements. In such cases, investors are unaware that the advisor’s activity is not authorized and potentially illegal. The investor trusts broker either due to his relationship and employment with a reputable brokerage firm or due to his or her status in a community. In addition, the investor does not learn that the broker’s activities were wrongful until the investment scheme is publicized or the broker simply shuts down shop and stops returning client calls.

The attorneys at Gana Weinstein LLP are experienced in representing investors in cases of selling away, Ponzi schemes, and brokerage firms failure to supervise their representatives. Our consultations are free of charge and the firm is only compensated if you recover.