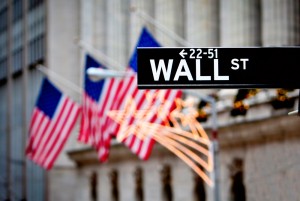 In the wake of the financial crisis of 2008, the Dodd-Frank legislation authorized the Securities Exchange Commission (SEC) to pass a fiduciary duty rule that would apply to brokers, as opposed to only financial advisors. Most investors do not realize and are usually shocked to learn that there broker only has an obligation to recommend “suitable” investments, and not to work in their client’s best interests. Currently, the fiduciary duty rule only applies to financial advisors (and brokers under certain circumstances) – more commonly recognized by the public as advisors who charge a flat fee for their services as opposed to commissions.

The fact that the investing public has absolutely no clue how crucial the fiduciary duty is to protecting their retirement futures and holding Wall Street accountable for mishaps has prevented any serious public debate to combat the millions of dollars the industry has and will spend to kill this part of the law. True to form, recently the House of Representatives passed a budget that would prevent the SEC from imposing a fiduciary standard on brokers during the upcoming federal fiscal year beginning in October.

What’s the big deal you may ask? Why is the fiduciary standard important to me? Well there are many reasons but maybe one story will highlight how the brokerage industry is currently allowed to operate to put their interests ahead of their clients. As recently reported in Bloomberg and InvestmentNews, an undercover U.S. Labor Department economist exposed how brokerage firms sought out federal workers to roll over their 401(k)’s with the government to IRAs with the brokerage firm even though the result could increase the client’s annual costs by as much as 50 times!

The undercover economist, John Turner, called representatives at companies such as Bank of America Corp., Charles Schwab Corp., and Wells Fargo & Co. identifying himself as a potential client. Turner kept his money in the Thrift Savings Plan, which is considered the gold standard of 401(k)-type programs for its rock-bottom fees that the government is able to maintain. Yet, according to his investigation, “all but one company told him to roll over all his money into individual retirement accounts. On average, stock funds charge almost 50 times more than the government plan.”

Turner called the brokerage industry’s conduct “a scandal” because the industry tried to sell IRAs that were clearly not in the interests of the government employees. Only the brokerage industry could profit from the rollover, not the client. Yet, the pitches have been both persuasive and effective. Former Federal government workers have transferred $10 billion last year out of the Thrift Savings Plan have been swayed by the financial industry’s marketing efforts. The investigation found that one company that caters to the military promised “no-fee” IRAs that a regulatory group called misleading. Another firm offered a $200 bonus to roll over.

The industry counters these claims by arguing that they merely offer attractive options and funds with superior returns to ones offered by the government. In addition, the brokerage industry believes it offers more choices and advice. However, InvestmentNews found that a federal employee with $500,000 rolled over to a brokerage firm would end up paying $7,000 more a year in fees than if they stayed with their original plan.

This type of behavior is exactly why the fiduciary standard is so important. Under the current standard a broker would only have to argue that their recommendation was reasonable under the circumstances, a hurdle they may or may not be successful in arguing. However, a fiduciary standard would require the advisor to act in the best interest of the client and disclose the significant fees that would be associated with transferring the assets. Fees the brokerage industry wants to continue to argue should work toward their bottom line instead of their clients.

The attorneys at Gana Weinstein LLP represent investors in securities arbitration matters concerning a variety of investment related claims. Our consultations are free of charge and the firm is only compensated if you recover.