END_OF_DOCUMENT_TOKEN_TO_BE_REPLACED

The law offices of Gana Weinstein LLP have been investigating the sales of Servergy, Inc. (Servergy) stock through a private placement by WFG Investments, Inc (WFG) to its clients. The Securities and Exchange Commission (SEC) recently filed an action in the Northern District of Texas against Servergy concerning possible violations of the anti-fraud provisions of federal and state securities laws. Between August 2009 and February 2013, Servergy raised approximately $26 million by selling shares of its common stock to private investors

Servergy is a Nevada company headquartered in Texas formed in August 2009. The company’s main product is the developing and manufacturing the Cleantech 1000 Server (CTS-1000), technology that can be used in network function virtualization, distributed storage, and cloud computing. The SEC’s Servergy lawsuit concerns misstatements made by Servergy’s CEO, William Mapp III, to investment advisors and investors regarding Servergy’s prospects. Specifically, it was alleged that the company made statements indicating that Freescale Semiconductor had previously ordered CTS-1000 servers, that Amazon.com, Inc. had pre-ordered the server, and that the CTS-1000 consumes 80% less power, cooling, and space than its competitors.

However, according to the SEC, there was no evidence to back up that Mapp’s statements that Freescale’s ever placed such orders of the CTS-1000. The SEC also alleged that the claims concerning pre-orders from Amazon for the CTS-1000 did not exist. Finally, the SEC alleged that there were errors in a chart titled “Comparing Servergy to the Blade Server Competition” that was included in one of the Company’s private placement memoranda.

END_OF_DOCUMENT_TOKEN_TO_BE_REPLACED 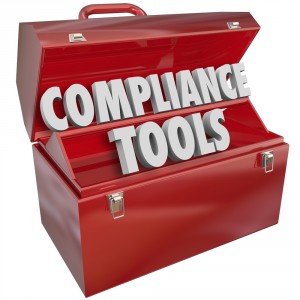 In one supervisory failure example involving suitability, FINRA found that between 2009, and 2013, a broker by the initials “MC” (1) traded with discretion in several of his customers’ accounts without their written authorization; and (2) also excessively traded in at least one of his customer’s accounts in light the customer’s investment objectives and risk tolerance. FINRA also alleged that many of the securities traded were also qualitatively unsuitable in light of the customers’ age, objectives, risk tolerance, and financial situation. In addition, several of the customer’s accounts were charged both commissions and management fees and this problem was not identified or corrected even after it was detected.

FINRA also alleged that MC used unapproved charts and provided consolidated statements to a customer without the firm’s knowledge or approval. Moreover, allegedly there were exception reports that highlighted the problem trading activity in several of these accounts that were simply not reviewed or not properly processed. In fact, FINRA found that one of the customers who complained about unsuitable activity in her accounts was not contacted by the firm until after she had complained despite the fact that her accounts had appeared on numerous exception reports. Similarly, FINRA found that broker SGD was also permitted by the WFG to engage in unsuitable trading in one of his customer’s accounts which included the recommendation and sale of numerous high risk equity and ETF purchases for a retired client with a conservative risk tolerance.

END_OF_DOCUMENT_TOKEN_TO_BE_REPLACED

The Financial Industry Regulatory Authority (FINRA) recently sanctioned brokerage firm WFG Investments, Inc. (WFG) alleging a host of supervisory failures from March 2007, through January 2014. FINRA alleged that WFG failed to commit the necessary time, attention, and resources to critical regulatory obligations in supervising registered representatives including: (1) failure to conduct appropriate due diligence on a private placement offering that was sold by a broker away from the firm; (2) failure to supervise the private securities transactions of one of its brokers that were executed through the representative’s investment advisory firm; (3) failure to maintain a supervisory system to ensure customer transactions were suitable; (4) failure to enforce its written supervisory procedures regarding the sale of alternative investments; (5) failure to supervise statements made by one broker on his weekly radio broadcast; and (6) failure to timely report customer complaints and update the Forms U4 and U5 of its brokers.

WFG has been a FINRA member since 1988, conducts a general securities business, and is headquartered in Dallas, Texas. WFG currently has about 280 brokers operating out of 102 branch offices.

FINRA alleged that in 2007, a WFG broker by the initials “SGD” provided notice to the firm that he intended to sell a private placement offering FINRA called “ATMA” to his customers. ATMA was designed to offer an income stream to investors based revenues form automated teller machines (ATMs). In evaluating a selling agreement with SGD, FINRA alleged that WFG assigned its compliance officer known by the initials “TS” to conduct due diligence on ATMA. TS owned a 5% interest in ATMA and SGD was the 90% owner and the operator of ATMA, had no prior experience in structuring and offering private placement investments. FINRA found that the entity that was to provide the ATM machines to ATMA was engaged in fraudulent business practices and most of the ATMs were fictional. FINRA found that WFG declined to enter into a selling agreement with SGD, but permitted him SGD to sell interests in ATMA as private securities transactions.

END_OF_DOCUMENT_TOKEN_TO_BE_REPLACED

This post continues our prior report on the Financial Industry Regulatory Authority’s (FINRA) recently sanctions against Sigma Financial Corporation (Sigma Financial) alleging from April 25, 2011, through June 24, 2012, supervisory deficiencies existed at Sigma including the firm’s supervision of registered representatives, the firm’s suitability processes and procedures, some of the firm’s implemented procedures relating to customer information, and also branch office registration for trade execution.

END_OF_DOCUMENT_TOKEN_TO_BE_REPLACED

The law offices of Gana Weinstein LLP is investigating a series of complaints against broker William Sheehan (Sheehan). According to Sheehan’s BrokerCheck records the broker has been the subject of 7 investor complaints since 2010. That many claims against one broker is rare. According to InvestmentNews, only about 12% of financial advisors have any type of disclosure event on their records. Thus the number of brokers receiving eight complaints is exceedingly small.

The complaints concerning Sheehan’s activities at several brokerage firms. From July 2004, through October 2007, Sheehan was associated with Investors Capital Corp. (ICC) Next, from October 2007 until January 2010, Sheehan was a registered representative of Omni Brokerage, Inc. Thereafter, Sheehan went back to ICC until October 2012. Finally, Sheehan is currently registered with DFPG Investments, Inc.

Many of the complaints against Sheehan involve allegations investment recommendations into real estate securities and limited partnership interests in tenants-in-common (TICs). TIC investments have come under fire by the customers and even within the securities industry. Indeed, due to the failure of the TIC investment strategy as a whole across the securities industry, TIC investments have virtually disappeared as offered investments.   According to InvestmentNews “At the height of the TIC market in 2006, 71 sponsors raised $3.65 billion in equity from TICs and DSTs…TICs now are all but extinct because of the fallout from the credit crisis.” In fact, TIC recommendations have been a major contributor to bankrupting several brokerage firms. For example, InvestmentNews found that 43 of the 92 broker-dealers that sold TICs sponsored by DBSI Inc., a company whose executives were later charged with running a Ponzi scheme, a staggering 47% of firms that sold DBSI are no longer in business.

END_OF_DOCUMENT_TOKEN_TO_BE_REPLACED 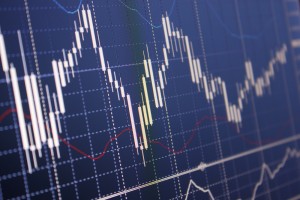 Walstad first became registered with a FINRA firm in 1996 and was associated with Cambridge from April 18, 2008, through November 30, 2012. FINRA alleged that Walstad recommended and executed 78 purchases of Class A share mutual funds in six customer accounts without a reasonable basis to believe were suitable for the customers. All financial advisors, as part of their suitability obligations, must have a reasonable basis for the investments that they recommend to customers. The reason that FINRA found that Walstad’s trades were without a reasonable basis is that the customers were charged front-end sales loads in connection with the Class A share purchases but Walstad mistakenly believed that these front-end sales loads had been waived.

Purchase of Class A shares, as opposed to purchasing Class B or C shares, is advantageous to the customers only if they held the mutual funds on a long-term basis. However, FINRA found that these customers held the Class A shares for less than thirteen months and therefore Walstad lacked a reasonable basis to believe that his recommendations to purchase Class A shares were suitable for these six customers.

END_OF_DOCUMENT_TOKEN_TO_BE_REPLACED

The Securities and Exchange Commission (SEC) has found private securities offerings of oil and gas ventures pose a substantial danger and risk for investor fraud.  An SEC Investor Alert listed some common red flag sales pitches often made to investors including: (1) Sales pitches referring to the high price of oil and gas; (2) “Can’t miss” wells or “guaranteed” returns; (3) Promises of high returns with little risk; (4) Sales pressure to purchase quickly; and (5) Sales pitches touting new technology to get higher production out of low-producing wells.

The Financial Industry Regulatory Authority (FINRA) has also clamped down on inappropriate sales of oil and gas ventures.  Recently, FINRA fined broker Jeffrey Alexander (Alexander) concerning allegations that he recommended the purchase of interests in Amazon 13-30, an oil and gas program offered by Amazon Exploration that raised funds for the drilling of a well in Nebraska.  FINRA found that the recommendations made by Alexander to three investors without a reasonable basis for believing the investment to be suitable for any investors.

In August 2012, FINRA alleged that the brokerage firm Shoreline Pacific entered into an agreement with Amazon Exploration where the firm would offer and sell up to 30 partnership units in Amazon 13-30.  Shoreline Pacific was to receive a “success fee” of 20% of the funds it raised, as well as five Amazon 13-30 units if the firm was able raise $1 million for the venture.  FINRA alleged that Alexander worked in Shoreline’s Colorado Springs office and was the primary point of contact between the firm and Amazon Exploration and primarily responsible for finding investors for the Amazon 13-30 private placement.

END_OF_DOCUMENT_TOKEN_TO_BE_REPLACED

In addition, the performance of Non-Traditional ETFs over long periods of time tend to differ significantly from the performance of the underlying index or benchmark the fund tracks.  For example, between December 2008, and April 2009, the Dow Jones U.S. Oil & Gas Index gained two percent while a leveraged ETF that tracked the index’s daily return fell six percent.  Another related leveraged ETF seeking to deliver twice the inverse of the index’s daily return fell by 26 percent.  These risks, among others, prompted FINRA to issue a Notice to Members clarifying brokerage firm obligations when selling Non-Traditional ETFs to customers.