Our firm is investigating claims made by The Financial Industry Regulatory Authority (FINRA) against broker Mark Schklar (Schklar).  According to brokercheck, FINRA made a preliminary determination to recommend that disciplinary action be brought against Schklar concerning potential violations including private securities transactions, borrowing from/lending to a customer, making false attestations on annual compliance questionnaires, and false statements to FINRA.  In addition, Schklar has been subject to five customer complaints over his career.

At this time it is unclear the total scope and extent of these outside business activities and private transactions.  The providing of loans or selling of notes and other investments outside of a brokerage firm constitutes impermissible private securities transactions – a practice known in the industry as “selling away”.  Often times brokers who engage in this practice use outside businesses in order to market their securities.

END_OF_DOCUMENT_TOKEN_TO_BE_REPLACED

In another churning related action, on November 8, 2013, the SEC issued a similar order against JP Turner finding that Michael Bresner (Bresner), as head of supervision, failed to properly supervise firm employees. The SEC Order found that JP Turner employed an Account Activity Review System (AARS) to monitor customer accounts for signs of churning. The SEC found that the average number of accounts flagged by the AARS system for churning was shockingly high for each quarter in 2008-2009 and was between 300 and 325 accounts and included more than 100 JP Turner registered representatives. In sum, the SEC discovered that no one at JP Turner was willing to take responsibility in determining whether churning took place in a client’s account – a problem that directly affected the claimants in this case.

END_OF_DOCUMENT_TOKEN_TO_BE_REPLACED 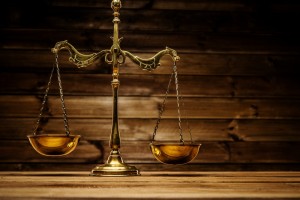 The law office of Gana Weinstein LLP has recently filed securities arbitration case on behalf of a group of seven investors against J.P. Turner Company, L.L.C. (JP Turner), Ridgeway & Conger, Inc. (Ridgeway), and Newbridge Securities, Corp. (Newbridge) concerning allegations that the firms failed to supervise and prevent Sean Francis Sheridan (Sheridan) from churning claimants’ accounts through the use of excessive and unreasonable mutual fund switches and generally making unsuitable recommendations to the clients. Both FINRA and the SEC have brought actions against JP Turner and the firm’s brokers on numerous and repeated occasions concerning the firm’s failure to protect its clients from the type of unscrupulous sales practices alleged in the complaint

As discovered by FINRA, from at least January 2007, through December 2009, Sheridan recommended approximately 205 unsuitable mutual fund switch transactions in the accounts of eight customers, including some of the Claimants in the filed case. See Department of Enforcement v. Sean Francis Sheridan, Disciplinary Proceeding No. 2009019209204, (FINRA, Feb. 12, 2013) (Sheridan Action). FINRA found that Sheridan recommended the unsuitable mutual fund switches in customers’ accounts and as a result of Sheridan’s activities in claimants’ and other customers’ accounts, FINRA barred Sheridan from the financial industry.