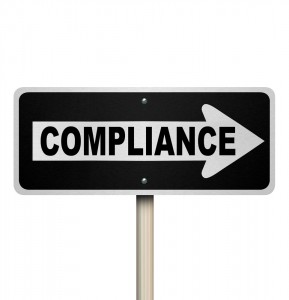 The law offices of Gana Weinstein LLP are currently investigating claims that advisor Xerxes Mullan (Mullan) has been accused by The Financial Industry Regulatory Authority (FINRA) of engaging in undisclosed outside business activities (OBAs) and private securities transactions.  According to records kept by FINRA Mullan was employed by Purshe Kaplan Sterling Investments (Purshe Kaplan) through June 2019.  If you have been a victim of Mullan’s alleged misconduct our firm may be able to assist you in recovering funds.

According to FINRA, the regulator sanctioned Mullan after he consented to the sanction that he participated in private securities transactions involving approximately $6 million in total sales without his member firm’s knowledge or approval.  FINRA found that Mullan disclosed his role at a registered investment advisor to his firm but that Mullan did not provide prior written notice to the firm of his participation in the securities offerings. In addition, FINRA also found that Mullan falsely certified on the firm’s annual compliance questionnaires that he was not involved in any private securities transaction that had not been previously disclosed to the firm.

END_OF_DOCUMENT_TOKEN_TO_BE_REPLACED 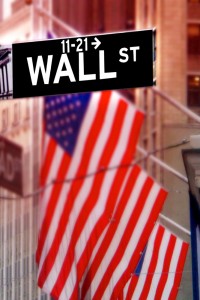 According to a compliance officer with Purshe Kaplan Sterling Investments, Inc., (Purshe Kaplan) the firm continued to sell securities offered by GPB Capital Holdings (GPB Capital) after she had reported misgivings as to the entities business model and recommended that the firm not sell the product.  According to court documents, the compliance officers responsibilities included reviewing new product offerings, regulatory disclosures, and conducting monthly and quarterly compliance reviews among other duties.

One private placement that a large number of clients of Purshe Kaplan were sold is GPB Capital related investments.  GPB Capital is facing multiple accusations of being a Ponzi scheme, an ongoing U.S. Securities and Exchange Commission (SEC) and FBI investigations, and even GPB’s chief compliance officer being indicted for illegally obtaining information on the SEC’s investigation.  Now even Volkswagen and Toyota are threatening to pull the plug on GPB Capital auto dealerships.  While advisors have been telling investors to do absolutely nothing and just hang in there – this is nothing more than just additional poor advice.  In November 2019 GPB Capital’s admitted that no financial audit would occur anytime in the near future.  In sum, investors now know there is nothing to hang onto.  By the day, advisor recommendations to do nothing appear to be completely self-serving, out of the loop, and not in the interest of the investor.

END_OF_DOCUMENT_TOKEN_TO_BE_REPLACED

In October 2017 a customer filed a complaint alleging that Davila violated the securities laws by recommending non-traded REIT and private placement investments that were unsuitable in 2010 through 2011.  The claim alleged $1 million in damages and settled for $670,000

Our firm often handles cases involving direct participation products, Non-Traded REITs, oil and gas offerings, equipment leasing products, and other alternative investments.  These products are almost always unsuitable for investors.  In addition, the brokers who sell them are paid additional commission in order to hype inferior quality investments which provides a perverse incentives by brokers to create an artificial market for products that no honest advisor would sell.

END_OF_DOCUMENT_TOKEN_TO_BE_REPLACED

The securities lawyers of Gana Weinstein LLP are investigating a complaint filed by The Financial Industry Regulatory Authority (FINRA) against broker Gopi Krishna Vungarala (Vungarala) and his brokerage firm Purshe Kaplan Sterling Investments (Purshe Kaplan). FINRA alleged that from at least June 2011 through January 2015, Vungarala regularly lied to his customer who is a Native American tribe regarding commissions paid to the broker and firm on non-traded real estate investment trusts (Non-Traded REITs) and business development companies (BDCs).

Vungarala served the tribe as both a financial advisor and was employed by the tribe as its Treasury Investment Manager and participated in decisions regarding the tribe’s investments. According to FINRA, Vungarala knew that the tribe prohibited employees such as Vungarala from engaging in business activities that could constitute a conflict of interest with the tribe. In order to induce the tribe to make purchases in Non-Traded REITs and BDCs in light of the prohibition against conflicts of interests Vungarala falsely represented to the tribe that he would not receive any commissions on the purchases. Despite the prohibition and the representations, FINRA alleged that Vungarala fraudulently induced the tribe to invest $190 million of dollars in Non-Traded REITs and BDCs without revealing that he and his firm received commissions on the sales at a typical rate of 7% generating $11.4 million in commissions for Purshe Kaplan of which $9.6 million was paid to Vungarala.