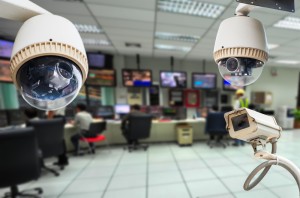 The investment attorneys of Gana Weinstein LLP are interested in speaking with clients of broker Parks Heard Brown Jr. (Brown). According to his BrokerCheck records kept by Financial Industry Regulatory Authority (FINRA), Brown has been the subject of at least four customer complaints. The customer complaints against Brown allege securities law violations that claim unsuitable investments, churning, unauthorized trading, breach of fiduciary duty, and negligence among other claims.

The most recent complaint was filed in October 2016, alleging that the broker while employed at VSR Financial Services Inc. made unsuitable investments based on the client’s liquidity needs. In March 2014, FINRA found that Brown violated FINRA rules 2090 and 2111 that require the use of reasonable diligence when recommending investment strategies. In addition, a customer alleged an unsuitable series of investments made in account between June 2012 and January 2014 resulting in damages of $245,750.00. The case settled for $71,500.00.

In another case filed in March 2004 a customer alleged that in June 2003 Brown misrepresented and failed to inform the account activity that caused $7,000.00