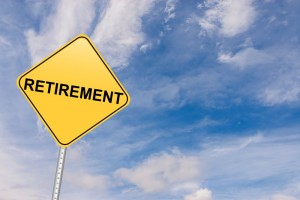 The law offices of Gana Weinstein LLP are investigating broker Douglas Hyer (Hyer), currently associated with First Allied Securities, Inc. (First Allied) out of Great Neck, New York.  According to a BrokerCheck report, Hyer has been subject to at least four customer disputes and one termination for cause during his career.  According to records kept by The Financial Industry Regulatory Authority (FINRA), the customer complaints allege that Hyer engaged in unsuitable sales of alternative investments and direct participation products (DPPs) such as non-traded real estate investment trusts (REITs), oil & gas programs, annuities, and equipment leasing programs.  The attorneys at Gana Weinstein LLP have extensive experience handling investor losses caused by these types of products.

In April 2019 a customer alleged that from 2009 through 2012, Hyer recommended illiquid, risky and non-traded products that were unsuitable to the customer’s investment needs.  The claim alleged over $5,000 in damages and settled for $15,000.

In February 2013 Hyer was permitted to resign from Next Financial Group, Inc. (Next Financial) after the firm found that Hyer failed to follow company policies and misused the social media.

END_OF_DOCUMENT_TOKEN_TO_BE_REPLACED 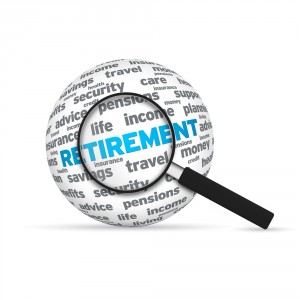 The securities attorneys at Gana Weinstein LLP are currently investigating previously registered broker Richard Minichino (Minichino). According to BrokerCheck Records, Minichino has been subject to a pending customer dispute concerning roll-over annuities. In addition, Minichino has been subject to 4 tax liens and termination from employment at Next Financial Group, Inc. (Next Financial).

In April 2018, a customer alleged that Minichino unsuitably recommended the customer to roll over IRA annuities into other investments multiple times. The customer is requested $70,000 in damages. This dispute is currently still pending.

In February 2018, Minichino was terminated from Net Financial for trading customer’s accounts in an unsuitable manner that did not match with the investor’s needs or objectives.

END_OF_DOCUMENT_TOKEN_TO_BE_REPLACED

According to BrokerCheck records, Dellelo is subject to one pending customer complaint concerning unsuitable placements in illiquid investments.

In November 2017, a customer alleged that from 2007 to 2017, Dellelo placed the customer into private and illiquid investments that were unsuitable to the customer and resulted in losses of $900,000. This dispute is currently still pending.

END_OF_DOCUMENT_TOKEN_TO_BE_REPLACED

According to the BrokerCheck records kept by Financial Industry Regulatory Authority (FINRA) broker Jerry McCutchen (McCutchen) has been the subject of at least 15 customer complaints and one judgment or lien. The customer complaints against McCutchen allege a number of securities law violations including that the broker made unsuitable investments, negligence, and misrepresentations among other claims.

The claims against McCutchen involve various investments including equipment leasing, non-traded real estate investment trusts (Non-Traded REITs), and variable annuities. We have written many times about the investing dangers of these products. One quality all of these investments have in common is the fact that they come with high commissions for the broker and low probability of success for the client. Our firm has written numerous times about investor losses in these programs such as equipment leasing programs like LEAF Equipment Leasing Income Funds I-IV and ICON Leasing Funds Eleven and Twelve. The costs and fees associated with all of these investments cause the security to be so costly that significant returns are virtual impossibility. Yet, investors are in no way compensated for the additional risks of these products.

In a typical equipment leasing program upfront fees are around 20-25% of investor’s capital. As for Non-Traded REITs, it was reported in the Wall Street Journal, that a study on “Nontraded REITs are costing investors, especially elderly, retired, unsophisticated investors, billions. They’re suffering illiquidity and ignorance, and earning much less than what they ought to be earning.” In conclusion, “No brokerage should be allowed to sell these things.”

END_OF_DOCUMENT_TOKEN_TO_BE_REPLACED

The Financial Industry Regulatory Authority (FINRA) recently barred broker Josh Abernathy (Abernathy) due to Abernathy’s refusal to respond to requests made by the agency. In addition, the U.S. Attorney for the Eastern District of Virginia charged Abernathy with mail fraud and conducting unlawful monetary transactions. The complaint alleges that Abernathy stole $1.3 million from at least 14 victims located throughout Virginia and Texas. In order to carry out the alleged fraud scheme, Abernathy created an entity called Omega Investment Group (Omega).

According to the complaint Abernathy told investors and clients that there the investments would generate guaranteed returns of between 10 to 20 percent. Abernathy’s victims included widows, single mothers, and church friends. In reality, instead of making legitimate investments, Abernathy used investor funds for his own personal trading account

through E*Trade, where he lost the funds, or used for the money to fund personal expenses. Abernathy’s pitch allegedly was that investor money would be placed in certain options, puts, and calls through Omega. Abernathy also allegedly sent fake quarterly statements to the investors which he altered in order to show investment profits that did not actually exist.