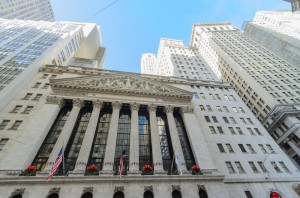 According to BrokerCheck records kept by The Financial Industry Regulatory Authority (FINRA) former advisor Gary Pevey (Pevey), formerly associated with Mutual Securities, Inc. (Mutual Securities) in Sacramento, California has been accused by his former firm over unapproved securities.  In addition, Pevey has one customer complaint on his record.

Thereafter in September 2018 a customer filed a complaint alleging that Pevey engaged in high-risk and fraudulent investments and inadequate supervision causing $171,000 in damages.  The claim is currently pending.

At this time it is unclear the nature or scope of the alleged outside business activities (OBAs) and private securities transactions.  Pevey’s public disclosures state that the activity was conducted through his Registered Investment Advisory (RIA) firm Wealth Design Group.  It is unknown the nature of the transactions from public filings.

END_OF_DOCUMENT_TOKEN_TO_BE_REPLACED

The Behringer REITs are speculative securities, non-traded, and offered only through a Regulation D private placement.  Unlike traditional registered mutual funds or publicly traded REITs that have a published daily Net Asset Value (NAV) and trade on a national stock exchange, the Behringer REITs raised money through private placement offerings and are illiquid securities.  In recent years, increased volatility in stocks has led to an increasing number of advisor recommendations to invest in non-traded REITs as a way to invest in a stable income producing investment.  Some non-traded REITs have even claimed to offer stable returns while the real estate market has undergone extreme volatility.  Brokers are often motivated to sell non-traded REITs to clients due to the large commissions that can be earned in the selling the Behringer REITs.

Investors are now bringing claims against the brokerage firms that sold them the Behringer REITs alleging that their advisor failed to disclose important risks of the REITs.  Some common risks that customers have alleged were not disclosed include failing to explain that Behringer REITs may not be liquidated for up to 8 to 12 years or more, that the redemption policy can be eliminated at any time, and that investor returns may not come from funds generated through operations but can include a return of investor capital.