The investment attorneys with Gana Weinstein LLP are investigating investors who were inappropriately recommended leveraged exchange-traded funds (ETFs).  ETFs, also called exchange-traded notes (ETNs) when backed by a note rather than underlining assets, are speculative and volatile investment offerings.

An ETF is a registered investment trust whose shares represent an interest in a portfolio of securities that track an underlying benchmark or index. Shares of ETFs are typically listed on national securities exchanges and trade throughout the day at prices established by the market.  These non-traditional ETFs differ from other ETFs in that they seek to return a multiple of the performance of the underlying index or benchmark or the inverse or opposite performance.

END_OF_DOCUMENT_TOKEN_TO_BE_REPLACED 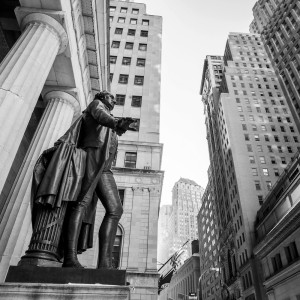 As long time readers of our blog know, this is not the first time we have alerted investors to the potential pitfalls to investing in equity indexed annuities. Recently, the Wall Street Journal ran an article concerning a probe being conducted by Sen. Elizabeth Warren (D., Mass.) regarding sales incentives for annuities products issued by insurance companies. The senator’s investigation comes on the heels of a speech given by Luis Aguilar, Commissioner to the Securities and Exchange Commission (SEC), before the North American Securities Administrators Association (“NASAA”), stating that the SEC is looking closely at sales practices with respect complex securities including equity-indexed annuities, leveraged and inverse-leveraged exchange traded funds, reverse convertibles, alternative mutual funds, exchange traded products, and structured notes.

According to news sources, the senator’s focus is on indexed annuities which have become widely known within the industry for granting perks to agents. Sen. Warren is said to have quoted from some of the marketing materials aimed at insurance agents describing sales incentives including “four days in the heart of California’s wine country at the prestigious Calistoga Ranch and Spa”; a trip to South Africa to visit Cape Town and Kruger National Park; and the ability to win “tour the Mediterranean on a private yacht, like royalty, celebrities, and the wealthy elite.” According to the report, Sen. Warren is concerned that earning perks may provide a greater incentive for making recommendations that acting in their clients’ best interest.

Equity indexed-annuities promise a return tied to a stock-market index while protecting against losses if the market falls. Sounds good right. Except there are serious limitations built into the products which make them both very expensive and limited to almost CD like returns. Accordingly, if the market has a blockbuster year, your equity-linked annuity will not perform in kind.

END_OF_DOCUMENT_TOKEN_TO_BE_REPLACED

The law offices of Gana Weinstein LLP are investigating claims of churning and failure to supervise in wake of the allegations made by The Financial Industry Regulatory Authority (FINRA) concerning allegations that from September 2008, through May 2013, Newport Coast Securities, Inc. (Newport Coast) and five of its registered representatives excessively traded and churned 24 customers’ accounts. In addition, FINRA alleged that the representatives’ direct supervisors, including Marc Arena (Arena) and Roman Tyler Luckey (Luckey) and the firm’s Compliance Department managers knew what was transpiring but took no meaningful steps to curtail the misconduct. To the contrary, FINRA found that managers, a supervisor, and the firm’s former President profited through overrides on these churned accounts.

The five brokers named in the complaint are Douglas Leone (Leone), Andre LaBarbera (LaBarbera), David Levy (Levy), Antonio Costanzo (Costanzo), and Donald Bartelt (Bartelt). FINRA alleged that the misconduct by the brokers was so extreme and egregious in nature that it should have quickly drawn scrutiny and been stopped. FINRA alleged that the brokers’ trading caused numerous “red flags” of misconduct including: (i) cost-to-equity ratios often over 100%; (ii) turnover rates often over 100; (iii) extraordinary amounts of in-and-out trading; (iv) customer accounts were highly margined and often concentrated in one security; (v) large numbers of transactions where the total commission/markup per trade exceeded 3% or 4%; (vi) there was a deceptive mix of riskless principal and agency trading in numerous accounts with higher cost trades generally exceeding $1,000 per trade were executed on a riskless principal basis whereas lower cost trades, typically involving sales of the same securities, were executed on an agency basis; (vii) inverse and/or leveraged Exchange Traded Funds (ETFs) and Exchange Traded Notes (ETNs) remained in accounts for multiple trading sessions; (viii) solicited trades were inaccurately characterized as unsolicited; and (ix) nearly all of the customer accounts exhibited large losses.

FINRA also alleged that after FINRA Enforcement issued Wells Notices, Levy and Costanzo attempted to dissuade some of their customers from cooperating with FINRA’s investigation. In one instance, Costanzo offered to compensate a customer for his losses but conditioned his offer on the customer’s signing a letter stating that he would not testify at a hearing. In another instance, FINRA found that Levy traveled to Logan, Iowa, to tell a customer that he would not receive any restitution if the broker wound up barred but promised the customer that he would assist in the preparation of a claim against Newport Coast if the customer signed a letter informing FINRA that the customer would not participate in a disciplinary hearing.