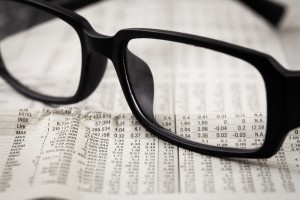 Advisor Chad Barancyk (Barancyk), formerly employed by brokerage firms First Allied Securities, Inc. (First Allied) and Great Point Capital, LLC (Great Point) has been subject to at least 14 disclosures including 11 customer complaints, two regulatory actions, and an employment termination for cause.  According to a BrokerCheck report the customer complaints concern alternative investments such as direct participation products (DPPs) like business development companies (BDCs), non-traded real estate investment trusts (REITs), oil & gas programs, annuities, and private placements.  The attorneys at Gana Weinstein LLP have represented hundreds of investors who suffered losses caused by these types of high risk, low reward products and have recovered in excess of $50 million in investor losses.  Our firm also represented investors of Barancyk to try to recover their losses.

In their complaint, the clients allege that they trusted Barancyk, doing business as Naples Private Wealth (NPW) to invest funds for their retirement in a prudent and suitable manner.  Instead, it was alleged that Barancyk misled Claimants and other investors by recommending unsuitable investment strategies in various illiquid alternative investments from approximately 2009 onward.  In total, the clients allege they invested approximately $2 million with Barancyk in alternative investments resulting in over $500,000 in losses not including well-managed damages.

It was also alleged that Barancyk failed, as well as First Allied, to disclose multiple criminal related incidents on Mr. Barancyk’s Form U4.  It was alleged that on October 2018 Barancyk was arrested and charged with battery.   This arrest does not appear on Barancyk’s Form U4.  On January 14, 2021 it was alleged that Barancyk was charged with a DUI where his blood alcohol level was .15 or higher or with a person under the age of 18 in the vehicle as well as knowingly driving while his license was suspended.  It was alleged that First Allied terminated Barancyk one day later on January 15, 2021 but did not file a Form U5 noting the DUI.