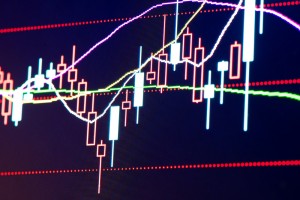 The attorneys at Gana Weinstein LLP are investigating BrokerCheck records reports that financial advisor Anthony Joslin (Joslin), currently employed by Garden State Securities, Inc. (Garden State Securities) has been subject to at least eight customer complaints, one employment termination for cause, and two regulatory actions during the course of his career.  According to records kept by The Financial Industry Regulatory Authority (FINRA), Joslin’s customer complaints alleges that Joslin recommended unsuitable investments, negligence, and breach of fiduciary duty among other allegations of misconduct relating to the handling of their accounts.

In June 2014 the State of Massachusetts brought a regulatory action against Joslin alleging that he has been subject to eight customer complaints and contributed $103,000 towards the settlement of complaints.  Further, Joslin resigned while under investigation from the Grayson Financial, LLC brokerage firm under allegations that he misappropriated proprietary information from the firm.  Further, the state found that Joslin had been subject of an NASD action due to his failure to supervise and prevent violations of the securities laws by those under his supervision.  The state of Massachusetts placed Joslin under heightened supervision for 3 years.

END_OF_DOCUMENT_TOKEN_TO_BE_REPLACED 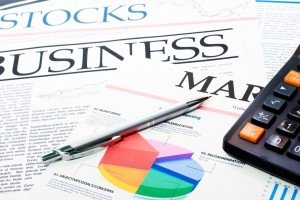 According to BrokerCheck records kept by The Financial Industry Regulatory Authority (FINRA) broker Christhian Palacios (Palacios) has been subject to two customer complaints and four tax liens during the course of his career.  Palacios is currently employed by Garden State Securities, Inc. (Garden State Securities).  One of the customer complaints against Palacios concern allegations of high frequency trading activity also referred to as churning and unsuitable investments.

In June 2018 a customer filed a complaint alleging their account was excessively traded and unsuitable from January 2009 until March 2016.  The claim alleged $298,109 in damages and is currently pending.

In July 2016 Palacios disclosed a tax lien of $140,000.  Tax liens can be sign that a broker may have a conflict of interest to recommend or engage in high risk trades and improper recommendations due to the need to obtain funds.  FINRA discloses tax liens information because it is important for investors to know whether or not a broker can manage their own finances.

END_OF_DOCUMENT_TOKEN_TO_BE_REPLACED

The securities attorneys at Gana Weinstein LLP are currently investigating Garden State Securities, Inc. (Garden State) broker Jason Zwibel (Zwibel). According to BrokerCheck records, Zwibel has been subject to 4 customer complaints, one of which is still pending.

In November 2017, a customer alleged that Zwibel engaged in unsuitable investments and breach of fiduciary duty from 2013 to 2016. The customer is requesting $2,670,750 in damages. This complaint is still pending.

In June 2007, a customer alleged that Zwiber engaged in breach of fiduciary duty, misrepresentation of investments, and failure to supervise. The case settled at $50,000.

END_OF_DOCUMENT_TOKEN_TO_BE_REPLACED

According to BrokerCheck records kept by the Financial Industry Regulatory Authority (FINRA), A customer alleged in June 2016 that Nicolas engaged in unsuitable investments and churning and alleged failure to supervise on the part of Garden State Securities, Inc.

END_OF_DOCUMENT_TOKEN_TO_BE_REPLACED 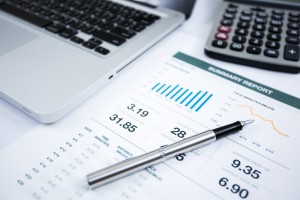 In March 2017, a customer alleged unauthorized trading and unsuitability. The customer is requesting $413,045 in this pending dispute.

In July 2015, a customer alleged breach of fiduciary duty, negligence, and breach of contract. The customer is requesting $21,125,000 in this pending dispute.

END_OF_DOCUMENT_TOKEN_TO_BE_REPLACED

According to BrokerCheck records financial advisor Jonathan Iraggi (Iraggi), currently associated with National Securities Corporation (National Securities), has been subject to two customer complaints and one employment separation for cause.  According to records kept by The Financial Industry Regulatory Authority (FINRA) Iraggi has been accused by customers of unauthorized trading among other claims.

END_OF_DOCUMENT_TOKEN_TO_BE_REPLACED

Our investment attorneys are investigating customer complaints filed with The Financial Industry Regulatory Authority (FINRA) against Matthew Fleissner (Fleissner) currently associated with National Securities Corporation (National Securities) alleging unauthorized trading and excessive fees and commissions among other claims.  According to brokercheck records Fleissner has been subject to two customer complaints and one criminal matter.

The type of claims being made against Fleissner are often associated with claims of excessive trading or churning.  When brokers engage in excessive trading the broker will typically trade in and out of securities, sometimes even the same stock, many times over a short period of time.  Often times the account will completely “turnover” every month with different securities.  Many brokers who engage in churning will not take the time to explain to the investor the exact reasons for the transactions and will provide vague and general responses to requests for information such as this is the strategy we are pursuing.

Churning investment trading activity in a client’s account serves no reasonable purpose for the investor and is engaged in only to profit the broker through the generation of commissions.  Churning is considered a type of securities fraud.  The elements of the claim are excessive transactions of securities, broker control over the account, and intent to defraud the investor by obtaining unlawful commissions.  A similar claim, excessive trading, under FINRA’s suitability rule involves just the first two elements.  Certain commonly used measures and ratios used to determine churning help evaluate a churning claim.  These ratios look at how frequently the account is turned over plus whether or not the expenses incurred in the account made it unreasonable that the investor could reasonably profit from the activity.

END_OF_DOCUMENT_TOKEN_TO_BE_REPLACED 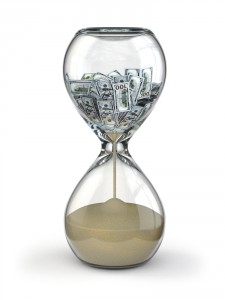 The FINRA complaint alleges that from April 2008 through March 2011, while King was associated with brokerage firm Royal Alliance Associates, Inc. (Royal Alliance), King made fraudulent misrepresentations and omissions to seven Royal Alliance customers in connection with the sale of Unit Investment Trusts (UITs). FINRA found that King misrepresented to the customers that he would use their investment funds to purchase safe, no-risk bonds, and that King would not charge fees or commissions for the transactions. ln reality, King was alleged to have purchased 44 UITs that resulted in approximately $17,000 in realized losses to the customers, approximately $43,000 in unrealized losses, and approximately $38,000 in commissions to King.

FINRA also alleged that from January 2013 through December 2014, while King was associated with Buckman, Buckman & Reid (BBR), King engaged in a pattern of short-term trading in long-term investment products in the accounts of four customers. FINRA alleged that the pattern of trading was excessive and unsuitable, and resulted in approximately $163,000 in losses to the customers while profiting King by generating commissions of approximately $210,000.

END_OF_DOCUMENT_TOKEN_TO_BE_REPLACED 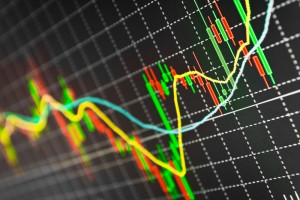 According to the BrokerCheck records kept by Financial Industry Regulatory Authority (FINRA) broker David Persaud (Persaud) a/k/a Dwarka Persaud has been the subject of at least 5 customer complaints and one regulatory action over the course of his career. Customers have filed complaints against Persaud alleging a litany of securities law violations including that the broker made unsuitable investments, unauthorized trades, breach of fiduciary duty, and churning among other claims.  Two of these customer complaints were filed recently.

An examination of Persaud’s employment history reveals that Persaud moves from troubled firm to troubled firm. The pattern of brokers moving in this way is sometimes called “cockroaching” within the industry. See More Than 5,000 Stockbrokers From Expelled Firms Still Selling Securities, The Wall Street Journal, (Oct. 4, 2013). In Persaud’s 28 year career he has worked at 21 different firms.

Since 2008 Persaud has been registered with The Concord Equity Group, LLC, Andrew Garrett Inc., Garden State Securities, Inc., and since May 2015, Buckman, Buckman & Reid, Inc.

END_OF_DOCUMENT_TOKEN_TO_BE_REPLACED 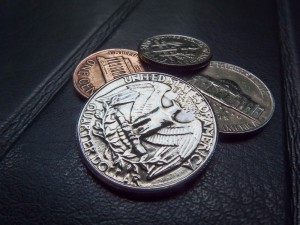 The Financial Industry Regulatory Authority (FINRA) has filed a complaint against broker Darnell Deans (Deans) concerning allegations that while associated with Garden State Securities, Inc. (GSS), Deans willfully failed to amend his Form U4 documents to disclose three unsatisfied federal tax liens totaling approximately $254,995. FINRA also alleged that from in or about April 2011, through August 2011, Deans borrowed a total of $266,000 from two customers of the firm without seeking or obtaining the firm’s approval for the loans. In addition, FINRA alleged that in November 2011, Deans falsely represented to GSS in an Annual Attestation that he had not borrowed money from customers. Thereafter, in January 2012, FINRA alleged that Deans failed to disclose to GSS the extent of funds borrowed from two customers.

In January 1992, Deans first became registered with FINRA. From January 2005, through November 26, 2013, Deans was registered through GSS. On November 26, 2013, GSS filed a Form U5 terminating Deans’ registration stating that Deans was terminated due to management’s loss of confidence due to ongoing regulatory issues. Thereafter, Deans was associated with John Carris Investments LLC until June 2014. Currently, Deans is associated with brokerage firm BlackBook Capital LLC.