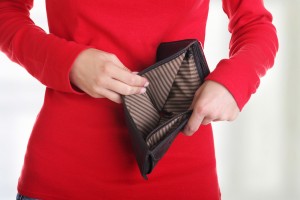 The law offices of Gana Weinstein LLP are currently investigating claims that advisor David Volpe (Volpe) engaged in private securities transactions and borrowed customer funds that were not approved by his brokerage firm.  Volpe, formerly registered with First Financial Equity Corporation (First Financial) and LPL Financial LLC (LPL Financial) was subject to an investigation by The Financial Industry Regulatory Authority (FINRA) over these allegations.  In addition, Volpe disclosed one bankruptcy filing, and two employment terminations for cause.

In August 2019 FINRA alleged that Volpe consented to the sanctions resulting in a bar from the industry and to the entry of findings that Volpe refused to produce information and documents requested by FINRA in connection with an investigation into whether he engaged in a private securities transaction or borrowed funds from a customer.

In April 2019 Volpe was discharged by First Financial after the firm claimed that Volpe failed to notify firm of private securities transaction involvement and violation of firm policy regarding borrowing funds from a client.

In December 2018 Volpe was discharged by LPL Financial after the firm claimed that Volpe violated the firm’s private securities transactions policy for involvement in capital raising efforts without prior disclosure.

END_OF_DOCUMENT_TOKEN_TO_BE_REPLACED 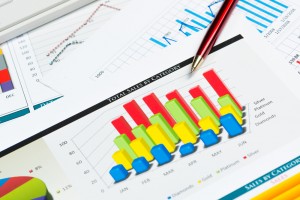 According to BrokerCheck records financial advisor Stephen Whittaker (Whittaker), formerly employed by First Financial Equity Corporation (First Financial) and previously with Morgan Stanley has been subject to at least 2 customer complaints, one bankruptcy filing, and two terminations for cause during the course of his career.  According to records kept by The Financial Industry Regulatory Authority (FINRA), Whittaker’s customer complaints allege that Whittaker recommended unsuitable securities recommendations among other allegations of misconduct in the handling of customer accounts.

In May 2012 Whittaker was forced to resign from Morgan Stanley after the firm found that Whittaker communicated with third parties regarding two client accounts without written authorization and his potential involvement in unapproved outside business activities (OBAs).

In April 2015 Whittaker declared bankruptcy.  FINRA discloses information concerning a broker’s financial condition because a broker’s inability to handle their own personal finances has also been found to be material information in helping investors determine if they should allow the broker to handle their finances.

In April 2019 Whittaker was terminated by First Financial after the firm found out that Whittaker was engaged in undisclosed business activities including tax planning for firm clients.

END_OF_DOCUMENT_TOKEN_TO_BE_REPLACED

The law offices of Gana Weinstein LLP are currently investigating multiple claims that advisor Robert High (High) has engaged in a misappropriation scheme.  High, formerly registered with First Financial Equity Corporation (First Financial) and operating out of Scottsdale, Arizona, has been accused by a customer of engaging in securities fraud and misappropriating funds.

In February 2019 the Federal Bureau of Investigation (FBI) opened an investigation into High for alleged misappropriation of funds and forgery.  Shortly thereafter First Financial terminated High claiming that he was in violation of firm’s policies.  In March 2019 a client filed a complaint alleging that High misappropriated funds causing $146,000 in funds.  The claim is currently pending.

Also in March 2019, FINRA suspended High for failing to respond to the regulator’s requests for documents and information.  If High continues to fail to respond he will be barred from the securities industry.