From having spoken to many victims of securities fraud – the hardest thing for many investor victims is asking for help.  More specifically, admitting to anyone that they had been taken advantage of.  Many victims express feelings of shock, disbelief, and often times shame for having been, apparently, an easy mark for the fraudster.

The truth is there is nothing to be a ashamed of.  Fraud is a multi-billion dollar business ensnaring tens of thousands of victims a year.  The only real question is – what are you going to do about it?  Our investment attorneys are here to help.  We’ll let you know what the potential avenues of recovery are.  Consider reaching out to our firm and refusing to be another victim while considering the following SEC statistics concerning their regulatory efforts in 2016.

In 2016, the SEC filed 868 enforcement actions exposing financial reporting-related misconduct by companies and their executives and misconduct by registrants and gatekeepers.

END_OF_DOCUMENT_TOKEN_TO_BE_REPLACED

The Financial Industry Regulatory Authority (FINRA) brought and enforcement action against broker Ralph Savoie (Savoie) (FINRA No. 2015046239401) resulting in a bar from the securities industry alleging that Savoie failed to provide FINRA staff with information and documents requested. The failure to provide those documents and information to FINRA resulted in an automatic bar from the industry. FINRA’s document requests related to the regulators investigation into claims the Savoie misappropriated more than $665,000 from at least one member firm customer.

FINRA’s investigation appears to stem from Savoie’s termination from Cambridge Investment Research, Inc. (Cambridge) in August 2015. At that time Cambridge filed a Form U5 termination notice with FINRA stating in part that the firm discharged Savoie under circumstances where there was allegations that Savoie failed to disclose and receive approval for an outside business activity. It is unclear the nature of the outside business activities from publicly available information at this time. However, Savoie’s Brokercheck disclosures reveal several outside business activities including working for the Savoie Financla Group, LLC in Baton Rouge, LA and as being and independent insurance agent for various companies.

END_OF_DOCUMENT_TOKEN_TO_BE_REPLACED

In parallel actions The Securities and Exchange Commission (SEC) announced fraud charges and filed a complaint against Michael Oppenheim (Oppenheim), a financial advisor formerly with J.P. Morgan Securities LLC (JP Morgan), accusing him of stealing at least $20 million from customers to fund his own brokerage accounts and then spending the majority of the money in highly unprofitable options trading. In addition, the United States Attorney for the Southern District of New York and the Assistant Director-in-Charge of the New York Field Office of the Federal Bureau of Investigation (FBI), announced that Oppenheim was charged with wire, securities, and investment adviser fraud, as well as embezzlement.

The charges stem from allegations that from at least March 2011, to March 2015, Oppenheim abused his relationship of trust with his clients in converting at least $20 million belonging to at least seven clients whose investment advisory accounts at JP Morgan he purported to manage. The allegations state that in some instances, Oppenheim induced clients to consent to the withdrawal of hundreds of thousands, and in some cases millions, of dollars from their accounts at JP Morgan based on false and misleading representations that Oppenheim would invest their money in low-risk municipal bonds to be held in an account at JP Morgan. In other instances, Oppenheim is alleged to have simply withdrew hundreds of thousands of dollars from clients’ accounts without their knowledge.

According to the allegations Oppenheim did not invest client money in low-risk municipal bonds as promised but instead Oppenheim, without the client’s knowledge, used the money to obtain cashier’s checks purporting to be remitted by the clients. Oppenheim then allegedly deposited the cashier’s checks in at least three online brokerage accounts he controlled and used the funds for his own personal use including on-line trading and to pay for personal expenses such as a home loan and bills. Oppenheim allegedly embarked on sizeable trading of stocks and options in his personal accounts for securities including Tesla, Apple, Google, and Netflix. Oppenheim then lost nearly the entire amount of each deposit and his brokerage accounts currently show minimal cash balances.

END_OF_DOCUMENT_TOKEN_TO_BE_REPLACED 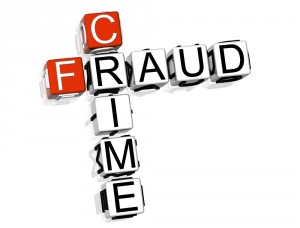 The Securities and Exchange Commission (SEC) has filed a complaint against former FINRA registered broker Levi Lindemann (Lindemann) alleging that from about September 2009, to August 2013, Lindemann, a resident of Minnesota, fraudulently raised at least $976,000 from six investors located in Wisconsin including elderly individuals and a member of his own family among other allegations.

According to the SEC’s complaint Lindemann told investors that their money would be used to purchase a variety investments, including 1) secured notes in Home Path Financial LP (Home Path), a Wisconsin-based real estate investment company; 2) notes issued by GWG Life, LLC (GWG Life); and 3) interests in a unit investment trust through Lindemann’s sole proprietorship, Alternative Wealth Solutions (AWS). The SEC alleged that none of these investments were ever made.

END_OF_DOCUMENT_TOKEN_TO_BE_REPLACED

How do you know if you have been the victim of securities fraud?  The answer to this question usually begins with the feeling that something is not right with your investments.  Maybe your broker is all of a sudden dodging your calls or having their subordinate answer their calls.  Perhaps your broker told you that an investment would become payable to you at a certain point and despite the fact that the time for payment has long come and past, nothing seems to have happened.  Its often hard to believe that the person you trusted with your savings or retirement has lied and let you down.

Securities fraud describes a whole genera of inappropriate investment activity.  In some instances the broker may sell a customer a security by falsely representing the properties of the security including its terms by either written or oral statements.  The broker may also provide misleading marketing materials in connection with the sales pitch.  Under the securities laws misrepresentations or omissions of fact are material if a reasonable investor might have considered the fact important in the making of the investment decision.  Thus, brokers have a duty to truthfully disclose all material information to an investor in order to evaluate the recommendation being made.

Other types of securities frauds involve some form of broker theft such as in cases of churning (excessive trading) or Ponzi schemes.  In the case of churning, the broker engages in investment trading activity that is excessive and serves little useful purpose and is conducted solely to generate commissions for the broker.  While Ponzi schemes involve the diverting of securities funds meant to be used for a certain investment purpose.  Instead the funds are diverted from the purpose represented to the investor to another purpose such as a different investment vehicle or straight into the Ponzi schemer’s pocket.

END_OF_DOCUMENT_TOKEN_TO_BE_REPLACED

From 2005 until 2008, Esther Spero (Spero), a former legal secretary at a firm that represented College Health, allegedly misused the family’s financial information and embezzled around $6 million.  Spero’s scheme worked by opening accounts in Wachovia (now Wells Fargo) under College Health’s name or similar names in order to appear related to College Health.  By doing so, she was easily able to transfer money from one of College Health’s actual accounts into the fake account and then finally into her own account.

College Health also filed a civil suit against Spero in the Southern District Court of Florida where she was eventually found guilty of the charges.  However, Spero was unable to pay College Health for the amount she had taken from the company leading College Health to bring action against Wells Fargo in FINRA arbitration.