People have joked that securities regulators are asleep at the wheel due to the number of frauds that go unpunished for so long.  However, a recent Bloomberg BusinessWeek article exposed that the phrase is literally true in some cases. 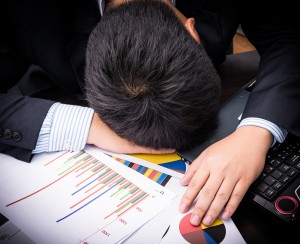 Every dispute an investor has with their brokerage firm must be arbitrated through the Financial Industry Regulatory Authority (FINRA).  FINRA hires and purportedly screens arbitrators who hear customer disputes with the industry.  Due to the private nature of arbitration, the general public is often unaware how poorly equipped this system is at times to handle matters entrusted to it.  While I have been satisfied with the quality of arbitrators in many cases, I have also had the unfortunate and all too common experiences complained of in the Bloomberg article.

According to the article, FINRA’s arbitration panels has a pool of 6,375 people who are often retired brokers, lawyers, or accountants.  Arbitrators are paid about $400 a day when serving on a panel.  FINRA provides arbitrators with 14 hours of instruction that can be completed online.  Awards rendered by FINRA arbitrators are typically brief, and the decision often provides no reasoning and only a bare outline of the claim and no explanation of how the amount of the award was determined.

The article cited several cases where the arbitrators selected to hear the customer dispute were either asleep during the hearing or appeared on arbitrator lists even after their deaths.  In one case where a couple in Wichita allegedly lost $187,500 in a Ponzi scheme run by a Morgan Stanley broker.  The customers alleged that Morgan Stanley and other firms where the broker worked was associated with failed to adequately supervise him or alert the customers to red flags.  The broker, Eric Burns, allegedly had the customers write him checks for false investments.  Morgan Stanley fired Burns four months later.  The broker plead guilty in 2013 to five counts of wire fraud involving the customers and others and was sentenced to 63 months in prison.

FINRA provided a list of potential arbitrators to hear the dispute.  Two of the people on the list were dead and one of them had died more than two years according to the customer’s attorney.  “Our arbitrators are carefully selected from a broad cross-section of people, diverse in culture, profession, and background,” FINRA wrote to the attorney.

The article also cited an instance where the arbitrator nodded off to sleep.  According to Bloomberg, during a Louisville case one of the three arbitrators was asleep, and another was on her cell phone during the hearing.  According to the article, the attorneys for the two parties decided to settle the case over a Blizzard from Dairy Queen during a break because neither party wanted to trust the decision to the arbitrators.

Unfortunately, I have had similar experiences.  In one of my cases, on the last day of hearing one of the arbitrators referred to the brokerage firm as “Morgan Freeman” apparently confusing the brokerage firm with the famous actor.  At that point the outcome of the arbitration was anyone’s game.  The arbitrators seemed to have no grasp of the case, the issues that had been discussed, or even who the parties were.  We put on a great case — had a very senior person of the brokerage firm make important admissions and a sympathetic elderly client who was a Vietnam veteran and lost his entire retirement savings due to the alleged fraud.  Nonetheless, the panel zeroed the claim and stuck the customer with the bill for the hearing.  Approximately two weeks after the award came out FINRA, the SEC, and 4 states brought fraud claims against the brokerage firm concerning the same allegations made at the hearing.  The firm later settled those claims and paid hundreds of millions in fines.

Hopefully, articles such as the Bloomberg report are a wake up call that inspires positive change to strengthen investor protection.