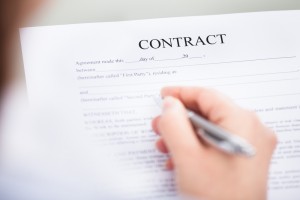 The Financial Industry Regulatory Authority (FINRA) has determined that Charles Schwab & Co. (Charles Schwab) violated the self-regulatory organization’s rules by adding waiver languages to agreements that prohibited customers from participating in any class action cases against the firm. Schwab settled the claims and was fined of $500,000.  The firm also agreed to tell all its customers that the requirement is no longer in effect.

In October 2011, Schwab made amendments to the customer account arbitration agreement of over 6.8 million investors after it settled a class action securities case accusing the brokerage firm of misleading thousands of customers about its YieldPlus money market fund.  The YieldPlus fund sustained huge losses in 2008 and Schwab paid $235 million to resolve the allegations against the firm.

In the wake of Schwab settlement the firm amended its arbitration agreement to include a waiver provisions mandating that customers consent that any claims against the firm could only be arbitrated individually.

In 2012, a FINRA hearing panel found that Schwab’s waiver language violated FINRA rules limiting the language that firms may place in pre-dispute arbitration agreements.  However, the panel concluded that FINRA could not enforce their rules because they were in conflict with the Federal Arbitration Act (FAA).  Schwab was ordered to pay a $500,000 fine for making customers agree to the new language.  Thereafter, the firm appealed the ruling.

The appeal board overturned the hearing panel’s finding and determined that the FAA does not preclude FINRA’s enforcement of its rules.  The board also upheld the panel’s earlier findings that Schwab’s effort to stop FINRA arbitrators from putting together multiple customer complaints in a single case was a violation of FINRA’s rules.