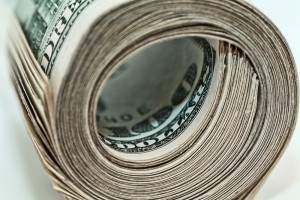 The securities lawyers of Gana Weinstein LLP are investigating a customer complaint filed with The Financial Industry Regulatory Authority (FINRA) against broker Albert Dishner (Dishner), currently associated with Morgan Stanley. According to BrokerCheck records Dishner has been subject to at least four customer complaints among other claims. The customer complaints against Dishner allege securities law violations that including unsuitable investments, unauthorized trading, churning (excessive trading), and breach of fiduciary duty trading among other claims.

The most recent complaint against Dishner was filed in August 2016, while employed at Credit Suisse Securities, alleging $600,000.00 in damage stemming from violation of FINRA rules and federal securities laws, churning, and trading negligently in customer’s account from 2010 until 2015. The complaint settled in December 2016 for $205,000.00.

In 2012 a customer filed a complaint alleging, while employed at Credit Suisse Securities, Dishner did not follow customers instructions to sell securities and later executed an unauthorized sale causing $354,000 in damages. The complaint was denied.

In a complaint filed in September 2007, a customer alleged that Dishner, while employed at Credit Suisse Securities, executed a purchase of eBay shares that was “too large.” The complaint settled for $28,000.

Dishner entered the securities industry in 1989. From August 2005 through August 2015, Dishner was registered with Credit Suisse Securities LLC. Since July 2015, Dishner has been associated with Morgan Stanley out of the firm’s New York, New York office location.