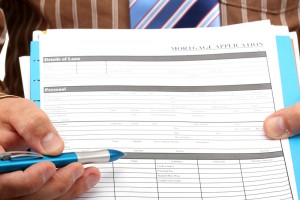 The sales of Tenants-in-Common (TIC) interests grew significantly during the early 2000s from approximately $150 million in 2001 to approximately $2 billion by 2004. The Financial Industry Regulatory Authority (FINRA) has noted that TICs are illiquid investments for which no secondary market exists and that subsequent sales of the property may occur at a discount to the value of the real property interest. FINRA has also warned that the risk that the fces and expenses charged by the TIC sponsor can outweigh the potential tax benefits associated with a Section 1031 Exchange. FINRA also instructed members that they have an obligation to comply with all applicable conduct rules when selling TICs by ensuring that promotional materials used are fair, accurate, and balanced.

According to FINRA former brokerage firm CapWest Securities, Inc., (CapWest) violated industry content standards in communications with the public. FINRA found that the communications: (1) were not fair and balanced and failed to provide a sound basis for evaluating TIC investments being promoted; (2) used exaggerated and or misleading statements; (3) used prohibited statements by projecting the results of the products being promoted; and (4) used customer testimonials without proper disclosures. FINRA also found that CapWest violated supervisory standards by failing to implement effective supervisory procedures. FINRA found that all of these violations and conduct were inconsistent with just and equitable principles of trade.

FINRA’s investigation involved CapWest’s promotion and sales of Section 1031 Exchanges and TIC investments that started being sold in the early 2000s. CapWest made public communications to promote tax-deferred exchanges of real property under Section 1031 of the Internal Revenue Code (IRC) as well as TIC investments. The IRC permits an investor to defer paying capital gains tax on the sale of real estate held for use for investment by exchanging the investment for “like-kind” property of equal or greater value.

A Section 1031 Exchange can be accomplished through a TIC investment in which an investor obtains an undivided fractional interest in real property. In a typical TIC, the profits are generated mostly through the efforts of the sponsor and the management company that manages and leases the property. The sponsor typically structures the TIC investment with up-front fees and expenses charged to the TIC and negotiates the sale price and loan for the acquired property.

FINRA reviewed 268 documents from CapWest including newsletters, websites, seminar presentations, newspaper and magazine advertisements, a radio script, brochures, and postcards. After reviewing the materials FINRA filed a complaint against CapWest charging that 166 of the 268 communications violated NASD conduct rules regarding public communications. FINRA found that certain communications promoted the use of Section 1031 Exchanges or TICs without an explanation of their features or any mention the potential risks including the lack of liquidity.

For example, FINRA found that one broker used an advertisement in real estate industry publications on four occasions which included a photograph of pieces on a chess board with the question, “What’s Your Next Move?” The advertisement also stated that “1031 Exchanges might just be the best kept secret in the Internal Revenue Code.” However, FINRA alleged that the advertisement did not include any discussion of how 1031 Exchanges work or the requirements to qualify as a like-kind exchange.

Another advertisement allegedly touts the “simplicity” of TIC investments and their ability to “eliminate time intensive property management burdens associated with being a landlord.” The advertisement failed to mention any of the negative attributes of TICs and FINRA found was unbalanced.

The attorneys at Gana Weinstein LLP are experienced in representing investors to recover their financial losses in investment products such as TICs. Our consultations are free of charge and the firm is only compensated if you recover.