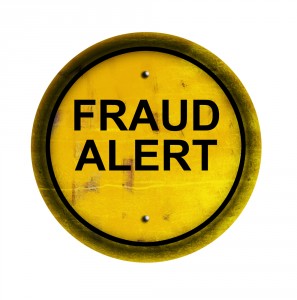 The Financial Industry Regulatory Authority (FINRA) recently barred FSC Securities Corporation (FSC Securities) broker Timothy Moran (Moran) concerning allegations that the broker: (1) engaged in private securities transactions without providing his employer with prior written notice; (2) failed to respond to FINRA requests for information; (3) provided false information to FINRA; and (4) failed to disclose a tax lien on a Form U4. Moran was ordered to disgorge $200,000, in ill-gotten gains in addition to the bar.

Moran was first became employed in the securities industry in February 1993. From June 2008, through April 2010, Moran was associated with Cambridge Investment Research, Inc. Thereafter, from May 2010, until December 2011, Moran was registered through his association with FSC Securities. On December 9, 2011, FSC Securities filed a Uniform Termination Notice (Form U5) terminating Moran’s registration. FSC filed an amended Form U5 filing in which the firm disclosed that it had terminated Moran’s employment while he was under internal review for fraud or wrongful taking of property, or violating investment-related statutes, regulations, rules or industry standards of conduct. FSC Securities also reported that Moran had referred clients to an unapproved investment fund.

FINRA alleged that approximately 26 FSC Securities customers invested approximately $1.69 million in HCM. For his services, FINRA found that Moran received more than $200,000 as compensation from HCM for his assistance in obtaining investments. FINRA found that payments were made either directly to Moran or through Hypat, LLC, an entity that Moran held an interest in.

Thereafter, on November 10, 2011, the Arizona Corporation Commission issued a Temporary Order to Cease and Desist and Notice of Opportunity for Hearing against Hampton and HCM alleging that the operation was engaging in the sale of unregistered securities. The Arizona Corporation Commission eventually also alleged that Hampton and HCM engaged in fraud by falsely telling investors that their investments had been profitable when the fund had actually lost the investor’s funds. On April 19, 2013, Hampton pled guilty to fraud charges brought by the U.S. Attorney for the Southern District of New York in connection with the HCM investment scheme. The guilty plea admitted that Hampton concealed millions of dollars in losses incurred.

The attorneys at Gana Weinstein LLP are experienced in representing investors to recover their financial losses through broker misconduct including the selling away of securities. Our consultations are free of charge and the firm is only compensated if you recover.