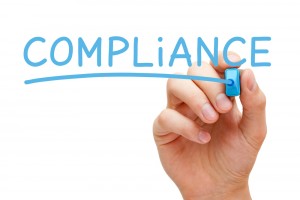 The Financial Industry Regulatory Authority (FINRA) recently sanctioned and barred broker Julius Kenney (Kenney) concerning allegations Kenney refused cooperate with requests made by FINRA in connection with an investigation into possible outside business activities. Such activities may, under certain circumstances also involve investment transactions referred to as “selling away” in the industry. According to FINRA BrokerCheck records Kenney has disclosed that he operates as a LPL Financial LLC (LPL Financial) broker under the DBA Frank Kenney Wealth Management in Calhoun, Georgia. There is one customer complaint against Kenney alleging that the broker solicited an investment in a business referred to as Mellow Mushroom in or around October 2013.

Kenney entered the securities industry in 2008, when he became associated with Edward Jones. Thereafter, Kenney became associated with LPL Financial in 2011 before leaving for Dempsey Lord Smith, LLC in July 2012 through September 2013. Finally, in September 2013, Kenney came back to LPL Financial until his termination in June 2015. On May 22, 2015, LPL Financial filed a termination notice (known as a Form U5) with FINRA disclosing that Kenney was discharged from the firm for participating in an undisclosed outside business activity.

The conduct alleged against Kenney may lead to “selling away” securities violations. In the industry the term selling away refers to when a financial advisor solicits investments in companies, promissory notes, or other securities that are not pre-approved by the broker’s affiliated firm. However, even though the brokerage firm claim ignorance of their advisor’s activities, under the FINRA rules, a brokerage firm owes a duty to properly monitor and supervise its employees in order to detect and prevent brokers from offering investments in this fashion. In order to properly supervise their brokers each firm is required to have procedures in order to monitor the activities of each advisor’s activities and interaction with the public. Selling away often occurs in brokerage firm that either fail to put in place a reasonable supervisory system or fail to actually implement that system. Supervisory failures allow brokers to engage in unsupervised misconduct that can include all manner improper conduct including selling away.