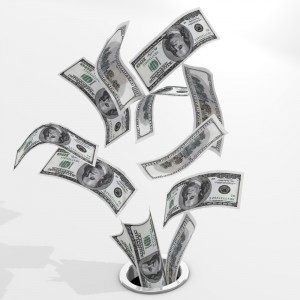 The investment fraud attorneys at Gana Weinstein LLP are currently investigating Ausdal Financial Partners, Inc. (Ausdal Financial) broker Gerald Repasz (Repasz). According to BrokerCheck records, Repasz has been subject to 5 customer disputes, one of which still pending. The majority of these investments concern the unsuitable recommendation of alternative investments.

Most recently, in October 2017, a customer alleged that Repasz placed customers into UDF III, UDF IV, and Behringer Harvard REIT investments which were unsuitable to the customer’s investment objectives. The customer is requesting $62,000 in damages. This dispute is currently still pending.

In September 2016, a customer alleged that from 2005 to 2010, Repasz placed the customer in alternative investments that were unsuitable for the customer and misrepresented the material facts of the investments. The dispute was settled at $20,000.

According to studies, non-traded REITs have historically have underperformed even safe benchmarks, like U.S. treasury bonds – meaning that non-traded REITs provide paltry investment returns considering the risk an investor takes.  Alternative investment products like oil and gas partnerships, REITs, and equipment leasing programs are only appropriate for a narrow band of investors under certain conditions due to the high costs, illiquidity, and huge redemption charges of the products, if they can be redeemed at all.

However, due to the high commissions brokers earn on these products they sell them to investors who cannot profit from them.  These products have become so popular among brokers without providing any benefit to investors that many states now limit investors from investing more than 10% of their liquid assets in Non-Traded REITs.  Many states impose these limitations because its understood that that they provide virtually no benefit to investors in relationship to their risks.

Investors often fail to understand that they have lost money until many years after agreeing to the investment.  In sum, for all of their costs and risks, investors in these programs are in no way additionally compensated for the loss of liquidity, risks, or cost.

Investors who have suffered losses are encouraged to contact us at (800) 810-4262 for consultation. The investment lawyers at Gana Weinstein LLP represent investors who have suffered investment losses due to allegations of wrongdoing. The majority of these claims may be brought in securities arbitration before FINRA. Our consultations are free of charge and the firm is only compensated if you recover.