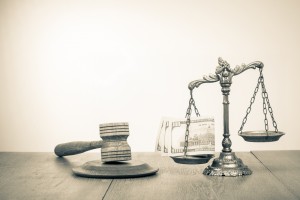 As reported in InvestmentNews, three members of a real estate partnership that sells private placements in the real estate space are in the middle of a legal dispute that could potentially endanger millions of dollars in loans and investor capital as a result. The dispute is among the owners of Gemini Real Estate Advisors and began earlier this year when William Obeid, one of the partners, asked the other two partners, Christopher La Mack and Dante Massaro, to restructure the company to reflect certain areas of expertise. Those talks soon broke down and have now ended up in court.

Gemini Real Estate Advisors oversees a real estate portfolio of more than $1 billion and was founded in 2003. The complaint alleges that Mr. Obeid abused his position for personal gain through concealed unauthorized transfers of company funds and hiring of family members at inflated salaries. Thereafter, Mr. Obeid filed his own complaint in New York against Mr. La Mack and Mr. Massaro. alleging that the two other Gemini partners had proposed a business divorce and have acted in an effort to freeze him out in order to strengthen their negotiation position in discussions concerning a buyout of Mr. Obeid’s interest.

According to Mr. Obeid’s lawsuit, his partners’ strategy would harm Gemini and investors, by paralyzing Gemini’s operations, causing existing development projects to become distressed, and risk default on more than $97 million in loans and $15 million of investors’ equity.

Gemini was known for selling real estate investments known as tenant-in-common exchanges (TICs). However, after 2008, TICs have fallen out of favor amidst complaints that the securities do not make sense for any investor given the amount of leverage and administrative costs involved. Since that time Gemini has focused on private placements that raise equity for retail real estate and hotels.

Investors who have suffered losses through the sale of private placements such as those described above may be able recover their losses through arbitration. The attorneys at Gana Weinstein LLP are experienced in representing investors in cases where brokerage firms fail to supervise their representatives sale of these speculative products. Our consultations are free of charge and the firm is only compensated if you recover.