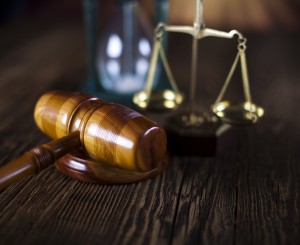 In reliance on Alijaj’s assurances, the claimant alleged that he provided the broker with a substantial portion of his net worth. Rather than comply with the claimant’s investment needs, the complaint alleged that Alijaj took advantage of the claimant’s inexperience by investing the funds in unreasonably volatile stocks and excessively traded (churned, a type of securities fraud) his account to generate excessive commissions. According to the complaint, within days of opening the account, Alijaj leveraged the account and actively traded speculative small cap stocks in unsuitable investments including A-Power Energy Generation Systems Ltd. (APWR), Silicon Motion Technology Corp (SIMO), and Yingli Green Energy Holdings Co. (YGE).

The complaint also alleged that Alijaj made the majority of the transactions in the account without the claimant’s authorization or approval. Further, the trading activity is alleged to have generated exorbitant commissions while providing no material benefit to the claimant, the hallmark of churning. Alijaj’s use of excessive margin coupled with his inappropriate “day trading” strategy of highly volatile stocks was alleged to have ultimately cost claimant his entire investment in just over a year.

Alijaj has a long and troubled history of alleged securities abuses. He has been the subject of at least nine customer initiated arbitrations, including at least six instances of excessive trading and unsuitable recommendations. Moreover, Alijaj has been charged with multiple felonies, including possession of a controlled substance and criminal assault. As a consequence of Alijaj’s misconduct, he has incurred numerous fines, multiple industry suspensions, has been terminated by at least one employer, and currently has a lien filed against him in New York State Court. It was alleged that Alijaj’s exploitation of claimant’s account was not an isolated incident but instead just another illustration of his willingness to take advantage of investors.

The attorneys at Gana Weinstein LLP can help you or someone you know evaluate their potential securities case. If you suspect misconduct in your account please contact us for a free consultation.