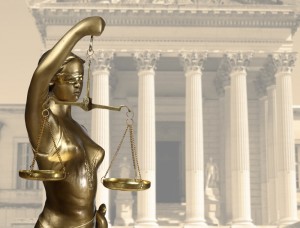 According to BrokerCheck records, Doyle was terminated from Morgan Stanley in June 2016 for failing to adhere to industry rules and/or firm policies including with regard to the use of trading discretion. Doyle’s failure to appear for FINRA requested on-the-record testimony in connection with its investigation into the conduct that led to his termination led to his bar from the industry. Without admitting or denying the findings, Doyle consented to the sanction and to the entry of findings that he refused to appear.

Before Doyle’s termination, Morgan Stanley was ordered by a FINRA arbitration panel to pay over $8 million in damages in a customer dispute concerning allegations that Doyle made unauthorized trades, failed to disclose fees, and engaged in the financial abuse of an elderly customer.

Another customer dispute was filed against Morgan Stanley involving allegations that Peter Doyle made unsuitable investment recommendations to a customer from 2008 until 2016. That dispute was settled for $600,000.

Brokerage firms like Morgan Stanley owe a duty to all of its customers to properly monitor and supervise its employees. The duty to supervise is a critical component of the securities regulatory scheme. Regulatory authorities such as the SEC and FINRA have steadily heightened the supervisory obligations of brokerage firms in recent years. Supervisors have an obligation to respond vigorously to indications of irregularity, often times referred to as “red flags.” A supervisor cannot disregard red flags and must act decisively and specifically to prevent improper conduct by their brokers. The importance of proper supervision is manifested in various types of securities activities. Brokerage firms are responsible for monitoring a broker’s investment recommendations to clients, outside business activities, and representations to investors among other obligations. In addition, brokerage firms are responsible for conducting due diligence on the securities products they sell and devising a written supervisory system to achieve compliance with the securities laws.

Doyle began his securities career in 1995. From 1995 until 2003, Doyle was associated with Prudential Securities Incorporated. He moved to Wachovia Securities, LLC in 2003 and stayed with them until July 2008. From July 2008 until June 2009, Doyle was with Morgan Stanley & Co. Incorporated and subsequently with Morgan Stanley until July 2016. Finally, Howe was associated with H. Beck, Inc. from September 2016 until February 2017.