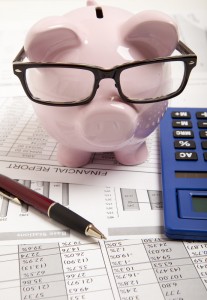 The Financial Industry Regulatory Authority (FINRA) sanctioned and barred broker Kenneth Hornyak (Hornyak) (Case No. 2013038511901) alleging that the broker failed to respond the regulator’s requests for documents and information. FINRA’s investigation appeared to focus on claims that Hornyak engaged in potential discretionary trading, unauthorized trading, and unsuitable short-term trading in Unit Investment Trusts (UITs). On May 11, 2015, Hornyak informed FINRA that he would not appear for questioning and the regulator subsequently barred the broker.

According to the BrokerCheck records kept by FINRA Hornyak has been the subject of at least four customer complaints, one regulatory action, and two employment terminations for cause. Customers have filed complaints against Hornyak alleging a litany of securities law violations including that the broker made unsuitable investments, unauthorized trades, churning, and excessive sales charges among other claims.

Hornyak entered the securities industry in 1998 with Morgan Stanley. From March 2006, until January 2014, Hornyak was associated with Stifel, Nicolaus & Company, Incorporated. In January 2014, Stifel, Nicolaus terminated Hornyak for cause alleging that Hornyak was terminated because of violation of firm policies regarding exercising discretion without written authorization.

The number of complaints and regulatory actions against Hornyak is relatively large by industry standards. According to InvestmentNews, only about 12% of financial advisors have any type of disclosure event on their records. Brokers must disclose different types of events, not necessarily all of which are customer complaints. These disclosures can include IRS tax liens, judgments, and even criminal matters.