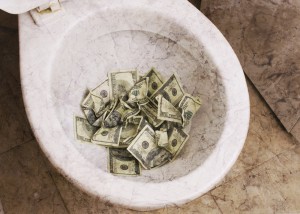 The Financial Industry Regulatory Authority (FINRA) sanctioned and barred financial advisor Stephen Lard (Lard) concerning allegations that Lard recommended and sold various private-placement securities, that were speculative, high risk, and illiquid to customers three customers. FINRA alleged that Lard’s recommendations resulted in an unsuitable concentrated position for each investor of approximately 50% or greater. Such a concentration exposed each investor to a risk of loss that exceeded each investor’s risk tolerance and investment objectives. FINRA found that some of the investors did in fact suffer substantial losses and financial difficulty due to the illiquidity of the investments.

Lard entered the securities industry in 1994 and was associated with QA3 Financial Corp. (QA3) from 2000 until February 11, 2011. Thereafter, Lard was registered with Centaurus Financial, Inc.

FINRA found that between June 2007, and February 2008, one of Lard’s client’s executed suitability forms for her individual account. The forms reported an annual income of $80,000, a net worth excluding primary residence of $1,780,120, and a worth of all assets, including residence, minus all debts, of $1,852,120, and a liquid net worth of $650,000. The suitability form reflected “Moderate” as her risk exposure and “Income” as her investment objective.

In total, FINRA alleged that Lard solicited and recommended that the client invest $1,150,000 in speculative, high risk, and illiquid private placements. Using the greatest financial net worth numbers provided by the client, FINRA found that the investments constituted approximately 64.6% of GA’s net worth excluding primary residence and 62.1% of the client’s net worth of all assets minus all debts. Accordingly, FINRA found that the client’s investments in the private placement securities resulted in an unsuitable overconcentration of her financial assets. Further, FINRA alleged that the concentrated positions were unsuitable and exposed her to a risk of loss that exceeded her risk tolerance and investment objectives. In fact, Shale Royalties 7 and DBSI LID Fund are both considered Ponzi schemes.

The attorneys at Gana Weinstein LLP can help you or someone you know who has suffered investment losses related to unsuitable private placement securities. We encourage investors to contact us to evaluate their potential securities case.