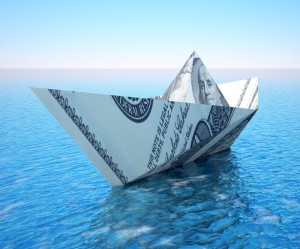 According to the BrokerCheck records kept by Financial Industry Regulatory Authority (FINRA) broker Daren Dorval (Dorval) has been the subject of at least 6 customer complaints, 1 regulatory matter, and one criminal matter over the course of his career. Customers have filed complaints against Dorval alleging securities law violations that focus primarily on churning and excessive trading. In addition to the churning claims, customers have complained of unsuitable investments, negligence, fraud, unauthorized trading, and misrepresentations, among other claims.

According to a 2010 FINRA finding, the regulator alleged that Dorval engaged in unauthorized discretionary trading in a customer account by entering trades based upon the orders of a person related to the customer without appropriate written trading authority.

Dorval entered the securities industry in 2001. From January 2002, until September 2009, Dorval was associated with vFinance Investments, Inc. Thereafter, Dorval became associated with Legend Securities, Inc where he remains registered.

The number of customer complaints against Dorval is high relative to his peers. According to InvestmentNews, only about 12% of financial advisors have any type of disclosure event on their records. Brokers must publicly disclose certain types of reportable events on their CRD including but not limited to customer complaints. In addition to disclosing client disputes brokers must divulge IRS tax liens, judgments, and criminal matters. However, FINRA’s records are not always complete according to a Wall Street Journal story that checked with 26 state regulators and found that at least 38,400 brokers had regulatory or financial red flags such as a personal bankruptcy that showed up in state records but not on BrokerCheck. More disturbing is the fact that 19,000 out of those 38,400 brokers had spotless BrokerCheck records.

Investors who have suffered investment losses due to broker misconduct may be able recover their losses through securities arbitration. The attorneys at Gana Weinstein LLP are experienced in representing investors concerning securities violations. Our consultations are free of charge and the firm is only compensated if you recover.