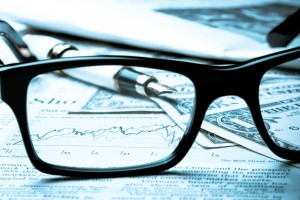 The investment attorneys of Gana Weinstein LLP are investigating potential recovery options for investors in the Claren Road Asset Management LLC fund (Claren Road), managed by Carlyle Group LP (Carlyle Group). According to sources, the global long / short hedge fund, has faced a flood of investors heading for the exit doors causing the firm to issue IOUs and promises of partial redemptions. In total the fund that once had assets under management of $8.5 billion has lost the confidence of the vast majority of its clients having lost all but $1.25 of the former amount. The fund is run in part out of London by Martin Bercetche.

According to news sources, the hedge fund invested in corporate debt and credit derivatives had an unusual short bias by betting that bond prices would fall and interest rates would rise. The fund’s large exposure to bankruptcy troubled entities Fannie Mae and Freddie Mac has hurt the portfolio. The funds losses may be caused by having the right idea at the wrong time. Interest rate rises in the U.S. might have not occurred in 2015 as the investments needed.

The fund’s withdrawal woes began to be reported in July 2015 by the Wall Street Journal reporting that the consultant, Cliffwater LLC recommended that its clients with about $800 million invested in Claren Road comprising at that time 14% of Claren Road’s total assets under management bale on the fund. From the article, the reason for the recommendation wasn’t clear although it was noted that Claren Road’s flagship fund lost 10%.

Claren Road’s fund freeze follows several others in the high yield space that our firm is tracking including the Third Avenue Focused Credit Fund and Stone Lion Capital Partners. The recent closures are nearly unprecedented in the hedge-fund industry since the end of the financial crisis and shows the difficulty facing traders looking to sell risky and hard to value positions.