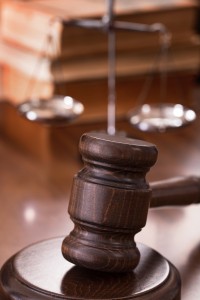 The Financial Industry Regulatory Authority (FINRA) sanctioned broker Raymond Clark (Clark) and imposed findings: (1) suspending the broker for three months and fined $6,000 for using his personal email account to communicate with a customer; (2) suspended for four months and fined $10,000 for making false statements to his firm; and (3) suspended for two months and fined $4,000 for failing to report a customer complaint to his firm. FINRA imposed the suspensions to run consecutively and suspended Clark for an additional three months in all supervisory capacities and ordered him to requalify by examination as a securities representative and securities principal.

The complaints against Clark include claims of unauthorized trading, inappropriate use of margin, securities fraud, breach of fiduciary duty, unsuitable investments, churning, and misrepresentations.

In the recent FINRA complaint, the agency alleged that Clark used his personal email account to communicate with a customer about business-related matters without his firm’s knowledge or approval and in violation of the firm’s procedures. Additionally, FINRA found that Clark made false statements to his firm concerning those email communications. FINRA found that Clark knew that the firm would use the information he provided to respond to information requests by FINRA staff concerning a customer complaint revolving around Clark’s handling of the customer’s account. FINRA also alleged that Clark failed to report to the firm a complaint he received from the customer accusing Clark of charging excessive commissions and engaging in the unauthorized use of margin.

Clark asked in his answer to the complaint that the FINRA complaint be dismissed with prejudice. FINRA found that many of the relevant facts were undisputed, that Clark conceded the existence of the pertinent emails and other communications, admitted that he made a mistake by communicating with the customer by personal email, but contended that he did not frequently use email in his personal and professional life and simply forgot that he had done so when asked about it by his supervisor. Clark also maintained that the customer’s complaint was not in fact a complaint and did not need to be reported. FINRA eventually found these defenses were without merit and imposed the above sanctions and findings.

The attorneys at Gana Weinstein LLP are experienced in representing investors in securities arbitration matters concerning claims such as unauthorized trading and churning. Our consultations are free of charge and the firm is only compensated if you recover.