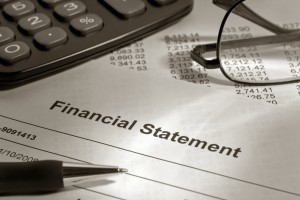 The Financial Industry Regulatory Authority (FINRA) has barred financial advisor William B. Coolidge (Coolidge) of Stifel, Nicolaus & Company, Incorporated (Stifel Nicolaus) concerning allegations that Coolidge effected trades in the accounts of three customers without obtaining prior written authorization from the customers and without the accounts being discretionary accounts. In addition, FINRA alleged that Coolidge implemented a trading strategy and made unsuitable recommendations to five customers to switch from mutual funds and Unit Investment Trusts (UIT) to other mutual funds or UITs after holding the investments for a short time period.

Discretionary trading without written authorization is a form of unauthorized trading.  Unless an investor has given the broker discretion to make trades in the account, a broker is obligated to first discuss all trades with the investor before executing them.  FINRA Rules prohibit a broker from making discretionary trades in a customer’s non-discretionary account. The SEC has found that unauthorized trading is a type of securities fraud due to its fraudulent nature.

FINRA alleged that from April 2008, through April 2012, Coolidge effected approximately 233 trades in the accounts of three customers without obtaining prior written authorization from the customers.  One of the customers was 86 years old. FINRA alleged that the customer’s investment objectives were growth and income, her estimated net worth was approximately $240,000, and her annual income was under $25,000.  FINRA found that from April 2008 through June 2012, Coolidge implemented a trading strategy in the customer’s IRA account on forty-six occasions and in her individual account on fifty-two occasions where he switched from mutual funds and UITs to other mutual funds or UITs after holding the investments for a short time period.  FINRA determined that Coolidge’s recommendations were not suitable and that the customer incurred a total loss of $43,692 and paid $52,316 in commissions.

FINRA also alleged that Coolidge engaged in similar trading in three other elderly customer’s accounts generating significant commissions for the broker.  The attorneys at Gana Weinstein LLP are experienced in representing investors concerning unauthorized trading.  Our consultations are free of charge and the firm is only compensated if you recover.