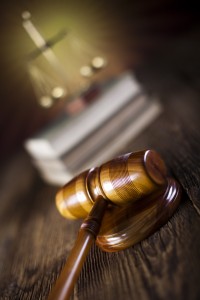 In a slew of regulatory actions, Wedbush Securities, Inc. (Wedbush) has the firm under fire for its failure to supervise the activities of its employees in various respects. These complaints were recently capped off with an affirmation by the Financial Industry Regulatory Authority’s (FINRA) appeals body, the National Adjudicatory Council (NAC), decision imposing more than $300,000 in fines and a month-long suspension of top executives for failures in their reporting duties. Decision Here.

Wedbush is a brokerage and investment banking firm founded by Edward Wedbush (Mr. Wedbush) and another individual in 1955. Wedbush registered with the NASD in 1955 and NYSE in the early 1970s. At present the firm employs approximately 900 employees. Mr. Wedbush joined the securities industry in 1955 when he formed the firm and has been registered as a general securities principal and representative since the firm’s inception.

A company’s culture is set at by those at the top running the company. And judging by the recent decision, Wedbush’s supervisory culture calls into question the handling of its client’s assets. The recent regulatory woes and saga first started on October 4, 2010, when FINRA’s Department of Enforcement filed a five-cause complaint alleging that during various periods between January 2005, and July 2010, Wedbush failed to properly report 81 disclosable events resulting in 38 Form RE-3 reporting violations, 113 Form U4 and U5 violations, and nine statistical reporting violations concerning customer complaints. FINRA also alleged that the firm and Mr. Wedbush failed to supervise the firm’s regulatory reporting.

During the pendency of the appeal Wedbush’s supervisory issues multiplied. In June 2014, the SEC charged Wedbush with providing market access to overseas traders without preapproval and without ensuring that they complied with U.S. law. Then in August 2014, FINRA filed a complaint against Wedbush for systemic supervisory and anti-money laundering violations by providing market access to broker-dealers and nonregistered market participants.

Investors who have suffered investment losses may be able recover their losses through arbitration. The attorneys at Gana Weinstein LLP are experienced in representing investors in the mishandling of their accounts. Our consultations are free of charge and the firm is only compensated if you recover.