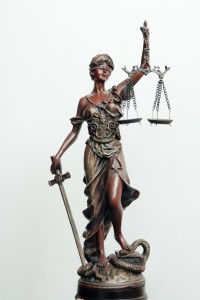 This post continues our examination of the numerous regulatory actions against Wedbush Securities, Inc. (Wedbush) for its failure to supervise the activities of its employees and the recent National Adjudicatory Council (NAC) decision affirming the FINRA hearing decision.

What were the failures to report that were claimed by FINRA? In one instance, a client faxed a letter to Wedbush alleging that his broker had committed unauthorized trades but Wedbush did not report the complaint until January 2010, 275 days later. At hearing Wedbush conceded that the complaint was not timely reported but disputed their responsibility for the late reporting because a firm office manager failed to forward the letter to the business conduct department after concluding that the letter wasn’t a customer complaint. FINRA found though that the office manager’s failure does not excuse the late filing or the firm’s responsibility for the late filing.

In addition, the firm had argued that Mr. Wedbush was not liable for failure to supervise because he was more of a manager than a supervisory. Again, FINRA disagreed stating that as president he was ultimately responsible for the misconduct.

These regulatory actions spanning the past four plus years should have been enough to change the culture at Wedbush. But think again, on December 18, 2014, FINRA filed another complaint against Wedbush and three individuals alleging that fabricated documents were submitted to the regulator in response to an examination of the firm’s municipal securities supervision. Complaint Found Here. FINRA alleged that on two occasions, in April 2012, and again in September 2012, Wedbush, Samantha Arrieta McAfee (McAfee), Peter Julijs Auzers (Auzers), and Shira Naby (Naby) created and produced to FINRA falsified and misleading documents in connection with FINRA’s review of the firm’s reporting of municipal securities transactions between October 1, 2011, and December 31, 2011.

Investors who have suffered investment losses may be able recover their losses through arbitration. The attorneys at Gana Weinstein LLP are experienced in representing investors in the mishandling of their accounts. Our consultations are free of charge and the firm is only compensated if you recover.