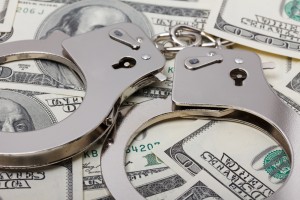 Our firm represents investors who are the victims of schemes, like Camarco’s, to hold the brokerage firm responsible. Under the FINRA rules, a brokerage firm owes a duty to properly monitor and supervise its employees. In order to properly supervise their brokers, each firm is required to establish and maintain a system to supervise the activities of each registered representative to achieve compliance with the securities laws. Misappropriating funds often occurs in environments where the brokerage firms either fail to put in place a reasonable supervisory system or fails to actually implement that system and meet supervisory requirements.
Camarco is a 23-year industry veteran. From 1993 to 2000, Camarco was associated with Merrill Lynch, Pierce, Fenner & Smith Incorporated. Thereafter, from 2000 to 2004, Camarco became registered with Morgan Stanley DW Inc. Finally, from 2004 to 2017, Camarco was associated with LPL Financial LLC.

Investors who have suffered losses may be able to recover their losses through securities arbitration. The attorneys at Gana Weinstein LLP are experienced in representing investors in cases where their broker has acted inappropriately. Our consultations are free of charge and the firm is only compensated if you recover.