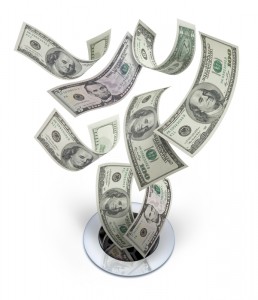 Blisk told AdvisorHub “Only eight of Churchville’s investors who brought claims were Spire clients, and they made money by investing solely in Treasury strips, according to Blisk.”

THE COURT: But you’re still stuck with the fact that the claimants are clients of a broker that was an associated — I’m sorry. Whether he was acting as a broker and investment advisor doesn’t matter. The point is Churchville is an associated person of Spire, Spire had a duty to the supervise.

THE COURT: You’ve got a customer of an associated person, you have a duty to supervise. Your client has a duty to supervise. Again, maybe, I don’t know what the underlying facts are about what Spire did. That doesn’t matter. The point you’re arguing that this is not arbitrable when you have acknowledged the core fact, which is that Churchville was an associated person of Spire, and the claimants are clients or customers of Churchville. So I get it that Spire would prefer to be able to put distance between it and Churchville, but the FINRA rules don’t allow you to do that.

Yet, Blisk continues to assert the meritless argument that he should not supervise Churchville’s securities activities to the media and that Claimants weren’t customers of the firm.  Blisk has not learned anything from this arbitration is likely to put his clients in harm’s way in the future.

Blisk told AdvisorHub “We were kind of the last man standing, and the lawyers found a group of people to come after us,” he said. “Most of them had never heard of Spire Securities…”

Blisk continues the same victim and lawyer blaming that he exhibited at trial.  Blisk has repeatedly claimed that the case was a personal “assault” on him concocted by “the lawyers.”  Blisk even accused one of the Claimants as being part of Churchville’s Ponzi scheme.  Blisk will go to any lengths to deflect blame on others for his own personal failings.