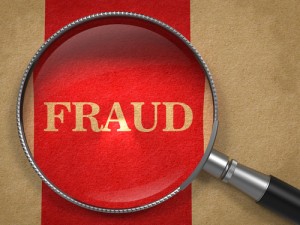 Our firm is investigating claims made by Securities and Exchange Commission (SEC) against broker Peter Kohli (Kohli), DMS Advisors, Inc. (DMS Advisors), and Marshad Capital Group, Inc. (Marshal).  See SEC v. Peter R. Kohli, et al, (E.D. Pa.). According to the SEC, from 2012 through 2015 Kohli lied to induce over 120 investors to invest at least $3.2 million in entities owned or controlled by Kohli.  Kohli was a registered representative of Trustmont Financial Group, Inc. (Trustmont) from July 2010 until May 2015 out of the firm’s Leesport, Pennsylvania office location.  In April 2015 Trustmont permitted Kohli to resign for accepting loans from a client.

The SEC allged that Kohli launched the DMS Funds that consisted of four emerging markets mutual fund series.  Kohli allegedly solicited his own customers and clients to invest in the funds using prospectuses and other documents that contained misrepresentations overstating DMS Funds’ sophistication and ignored key risks associated with the investments.  The SEC alleged that as the fund collapsed due to Kohli’s recklessness, Kohli engaged in three other frauds in an effort to keep the funds afloat.  One such alleged fraud was that Kohli made material misrepresentations in connection with the sale of warrants 10 purchase Marshad stock – an entity Kohli controlled. In addition, the SEC accused Kohli of misappropriating investor money that he solicited for the purported purpose of making investments into one of the finds and instead used the money to pay fund expenses. Finally, the SEC accused Kohli of lieing to investozs in connection with the sale of Marshad promissory notes in a desperate attempt to raise money to cover fund expenses and delay the DMS Funds’ collapse.

According to Kohli’s brokercheck records Kohli was permitted by Trustmont to engage in DMS Financial, Inc. and DMS Funds.  The providing of loans or selling of notes and other investments outside of a brokerage firm constitutes impermissible private securities transactions – a practice known in the industry as “selling away”.

The investment fraud attorneys at Gana Weinstein LLP have represented hundreds of investors in securities related disputes including in cases of selling away and brokerage firms failure to supervise their representatives.  Our consultations are free of charge and the firm is only compensated if you recover.