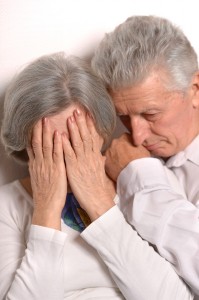 The investment lawyers of Gana Weinstein LLP are investigating allegations by the Securities and Exchange Commission (SEC) claiming that financial advisor Leon Vaccarelli (Vaccarelli) defrauded his elderly clients out of more than $1 million.

According to FinancialPlanning, the SEC filed a complaint in federal court in New Haven alleging Vaccarelli engaged in a Ponzi scheme for more than four years. To pay his mortgage and other personal expenses, Vaccarelli allegedly did not put client funds in conventional brokerage accounts as promised and instead had some clients write checks payable directly to him and used the funds to pay for his expenses or to repay earlier investors.

Upon information and belief, as of September 7, 2017, Gana Weinstein LLP is the only firm to have brought civil claims in arbitration to help investors recovery their money from this Ponzi Scheme.

The term “Ponzi Scheme” is one of the most commonly known securities fraud phrases. But a Ponzi scheme can refer to several types of fraud and manipulation. All Ponzi schemes entail securities activity where funds meant to be used for a particular purpose, the one represented to the investor, is used for a different purpose.

Vaccarelli entered the securities industry in January 1999. From May 2007 until February 2011, Vaccarelli was registered with QA3 Financial Corp. From February 2011 until July 2017, Vaccarelli was registered with The Investment Center, Inc. out of the firm’s Waterbury, Connecticut office location. According to BrokerCheck records, The Investment Center discharged Vaccarelli in July for failing “to comply with company policy regarding access to his office and computer during an examination.”

This is a continuation of Gana Weinstein LLP examining the business practices of Vaccarelli. In 2015, FINRA fined Vaccarelli $7,500 and suspended him for one month because he allegedly exercised discretion in clients’ accounts without their permission. Without admitting or denying the charge, Vaccarelli consented to the sanctions and to the regulator’s findings. In addition, there are at least two customer complaints against Vaccarelli and two judgements or liens. The customer complaints against Vaccarelli allege a number of securities law violations including that the broker misrepresented investments and mismanaged the account among other claims.

The investment attorneys at Gana Weinstein LLP represent investors who have suffered securities losses due to the mishandling of their accounts. The majority of these claims may be brought in securities arbitration before FINRA. Our consultations are free of charge and the firm is only compensated if we are able to successfully recover on your behalf.