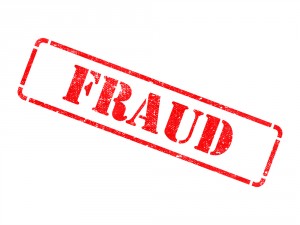 The Securities and Exchange Commission announced fraud charges against a registered investment adviser and its owner on allegations of self-dealing and failing to disclose material facts to clients including conflicts of interest, use of investor funds, and the risks of the investments they recommended. The complaint filed in U.S. District Court for the District of Massachusetts, alleges that Lee D. Weiss (Weiss) and Family Endowment Partners, L.P. (FEP) and relief defendants MIP Global, Inc. (MIP Global), Mosaic Enterprises, Inc. (Mosaic Enterprises), Mosaic Investment Partners, Inc. (Mosaic), and Weiss Capital Real Estate Group, LLC (Weiss Capital) recommended their clients invest $40 million in illiquid securities issued by hedge fund FEP Fund I, LP (FEP Fund I) and the Catamaran Holding Fund, Ltd. (Catamaran Fund) without disclosing that Weiss had an ownership interest in the parent company of these entities and received payments from these entities.

The SEC’s complaint further alleges that FEP and Weiss recommended that their clients invest in entities that Weiss owned without disclosing that the investments would be used primarily to benefit FEP. The SEC also alleges that FEP and Weiss advised clients to invest in a consumer loan portfolio while concealing that Weiss would receive half of the clients’ profits from these investments.

Between 2010 and 2012, the SEC alleges that FEP and Weiss advised 11 FEP and caused two FEP affiliated hedge funds to invest more than $40 million in securities issued by subsidiaries of a French company that purportedly had designed methods to reduce the harmful effects of tobacco smoking. According to the SEC, FEP and Weiss had a financial interest in the French company and that Weiss and entities received more than $600,000 in payments from that company shortly after the FEP clients and hedge funds invested in it. However, the SEC stated that Weiss failed to disclose these conflicts of interest to investors.