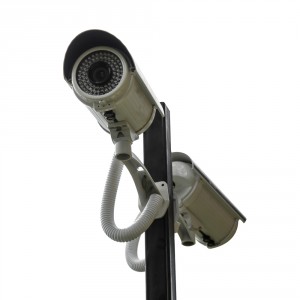 Lord resides in Jackson, Mississippi and has been in the securities industry since 1988. From 2000 until June 2011, Lord worked at Sanders Morris Harris Inc. (f/k/a Harris Webb & Garrison, Inc.). Thereafter, Lord was associated with Abshier Webb Donnelly & Baker. Inc. from June 2011 until January 2012. Finally, from January 2012 until July 2013, Lord was associated with Saxony Securities. Inc (Saxony Securities). Lord was then terminated by Saxony Securities for violating the firm’s internal policies concerning disclosure of unpaid judgments. Previously Lord was the subject of an another FINRA disciplinary action in 1991 for exercising discretion without prior written authorization. According to Lord’s BrokerCheck, he has also been the subject of at least 15 customer complaints over his career.

FINRA alleged that Lord and two acquaintances created a called Canebrake Capital Management LLC (Cranebrake) in or about 2007 to make an investment in a spring water business. FINRA found that Lord and his acquaintances owned Canebrake and therefore a large position in the water company, were responsible for operating the water business, and that Lord personally invested at least $200,000 in Cranebrake. According to FINRA, in 2007, Lord created a private placement memorandum and a presentation to market partnership interests in Cranebrake to raise funds for the company. FINRA also alleged that Lord solicited several customers to invest in the water company but with the exception of one customer was largely unsuccessful.

In early 2010, FINRA alleged that Lord became involved with an entity called SigFX that created by three individuals in Texas to market an external cell phone battery case. FINRA found that Lord met with at least five potential investors in 2010 and 2011. FINRA found that Lord participated in soliciting investments or loans for SigFX including the creation of offering documents for a $3 million private placement for SigFX. FINRA also alleged that in the fall of 2011, Lord began serving as a sales agent for SigFX by selling one of its products to a cell phone provider.

FINRA determined that although Lord became involved with Canebrake and the water company in 2007, and with SigFX in early 2010, he did not provide Sanders Morris Harris with written disclosure of any of these activities until April 2011. When Lord did disclose his activities, FINRA alleged that he did not accurately describe his involvement. Ultimately, FINRA found that Sanders Morris Harris learned of Lord’s involvement in Canebrake and SigFX in April 2011 during a branch examination. Thereafter, FINRA found that Lord did not disclose that he was involved in presenting products to customers and specifically denied that he was raising capital for SigFX.

The attorneys at Gana Weinstein LLP are experienced in representing investors in cases of selling away and brokerage firm’s failure to supervise their representatives. Our consultations are free of charge and the firm is only compensated if you recover.