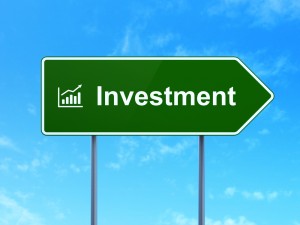 In August 2015, a customer alleged that from July 2014 to January 2015, McNamara provided unsuitable investment recommendations. The case was settled at $8,438.00.

In September 2013, a customer alleged that from 2007 to 2011, McNamara was providing unsuitable investment recommendations and misrepresenting material facts of investments. The case was settled at $60,000.

Under the FINRA Rules, advisors have an obligation to truthfully convey information to their clients and cannot exaggerate or mislead clients concerning the features or risks of securities being sold.  Advisors are prohibited from making either written or oral statements containing misrepresentations or omissions of material information.  Making false representations can also be a violation of the federal securities laws under the Securities Exchange Act of 1934 and Rule 10b-5.

Brokers also have a responsibility treat investors fairly which includes obligations such as making only suitable investments for the client. In order to make a suitable recommendation, the broker must meet certain requirements. First, there must be reasonable basis for the recommendation the product or security based upon the broker’s investigation and due diligence into the investment’s properties including its benefits, risks, tax consequences, and other relevant factors. Second, the broker then must match the investment as being appropriate for the customer’s specific investment needs and objectives such as the client’s retirement status, long or short term goals, age, disability, income needs, or any other relevant factor.

The number of complaints against McNamara is unusual compared to his peers.  According to newsources, only about 7.3% of financial advisors have any type of disclosure event on their records among brokers employed from 2005 to 2015.  Brokers must publicly disclose reportable events on their CRD customer complaints, IRS tax liens, judgments, investigations, and even criminal matters.  However, studies have found that there are fraud hotspots such as certain parts of California, New York or Florida, where the rates of disclosure can reach 18% or higher.  Moreover, according to the New York Times, BrokerCheck may be becoming increasing inaccurate and understate broker misconduct as studies have shown that 96.9% of broker requests to clean their records of complaints are granted.

Investors who have suffered losses may be able recover their losses through securities arbitration. The investment attorneys at Gana Weinstein LLP are experienced in representing investors in cases of selling away and brokerage firms failure to supervise their representatives. Our consultations are free of charge and the firm is only compensated if you recover.